We will only allow Prosper Narteh Ogum to leave if ... - Asante Kotoko Board Member 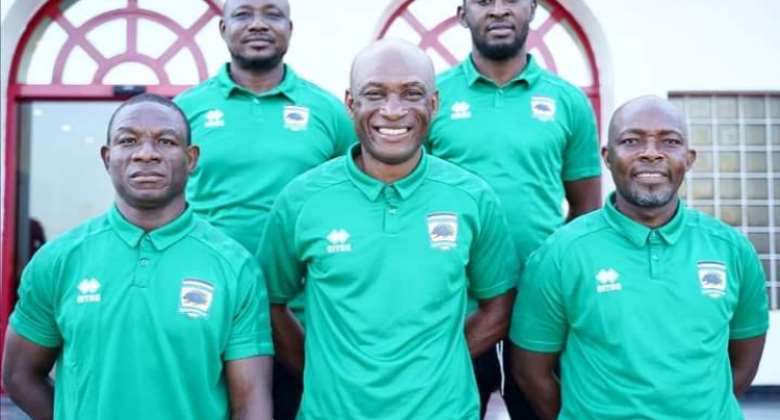 Asante Kotoko Board Member, Yaw Adu, has said the club will only allow the head coach of the side, Prosper Narteh Ogum to leave the club if he insists on his decision.

In a meeting with the board members last week, the 44-year-old announced his intention to leave the club due to an impasse with the management and a lack of respect.

Administrative Manager of Asante Kotoko, Emmanuel Newton Dasoberi, confirmed the decision of the gaffer in an interview with Graphic Sports but the board have denied that the coach has resigned in a communique to the media.

Yaw Adu, the technical committee chairman on the Board, insists that they will allow Dr. Prosper Narteh Ogum to leave if he wants to resign.

"I will appeal to the fans to stay calm as we bring peace between them and see the way forward, especially our African campaign," he told Kumasi-based Akoma FM.

"We will allow the coach to leave if he expresses the desire to leave and if that decision is irrevocable," he revealed.

Meanwhile, the board is expected to hold a meeting with the coach and the management.

Prosper Narteh Ogum joined the Porcupine Warriors on a two-year deal from West African Football Academy [WAFA] before the start of the 2021/22 season and led the side to win the Premier League title.

Where are DISECs in this whole galamsey brouhaha – Otumfuo q...
15 minutes ago

Akufo-Addo announces plan to establish Tourism and hospitali...
15 minutes ago