CAF Champions League: Who will make the last four? 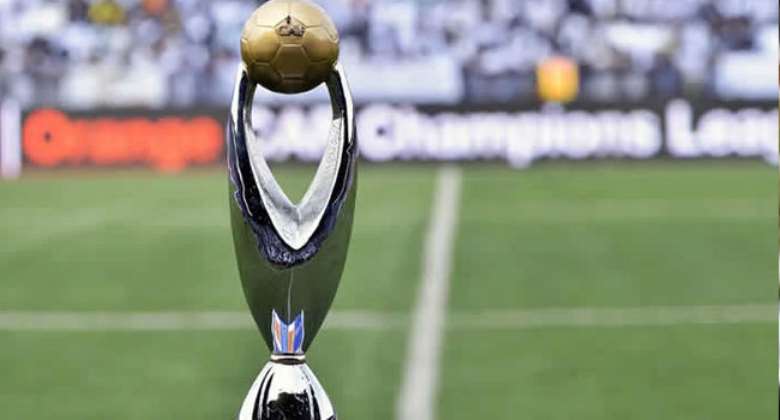 Here is a preview of the return leg ties which start off Friday through Sunday.

The two sides head into the return tie in Rades on Friday night with the match evenly poised following a 0-0 draw in the first leg in Algiers last weekend.

Both teams will fancy their chances, but home side Esperance look to make the most of their home advantage. They have lost only one of their last five Champions League matches at home, a 1-0 defeat at the hands of Al Ahly last June.

They have gone on to win three and draw one; beating Al Ittihad 1-0, Jwaneng Galaxy 4-0, drew 0-0 with Etoile du Sahel and beat Algerian side CR Beliuizdad 2-1 in their subsequent four fixtures. Before last year’s defeat to Ahly, their had gone all the way from 2018 without losing at home. Their defeat three years back, was also against the Egyptian giants.

Setif will however come in confident as they are the only other side to beat Esperance at home in Continental football since 2005. Ahly has beaten them on three different occasions while Setif won 2-1 in 2014, when they went on to win the Champions League trophy.

Any scoring draw would be enough for Setif and Esperance will be keen not to concede any away goal, as they would have to outscore the visitors to progress into the semis.

Setif have not been in a continental semi since 2018 while Esperance have been out since the 2018-19 season.

Sundowns suffered their first defeat in the Champions League this season after losing the first leg quarter final against Petro 2-1 in Luanda last weekend. They would have grabbed a draw but VAR, used in the quarter final for the first time ever, chalked a last-minute equalizer.

They head home with the single target of ensuring victory as they eye a second Champions League trophy, six years since their last continental silverware.

The Brazilians have a strong record at home, having suffered only two defeats in the Champions League since 2006. They have won 37 games, drawn eight while their only two defeats were at the hands of North African opponents, losing 2-0 to CR Belouizdad last April and 2-1 to Esperance in 2017.

On the contrary, Petro have a poor away record, having won only four of their last 18 matches on the road. Their last away day ended in a 5-1 spanking at the hands of Wydad Club Athletic in their final group match.

With a slender lead from the first leg though, Petro will look to preserve the lead with all they have, against a side talented with a massive strike force.

Sundowns will look on to the likes of Themba Zwane and Peter Shalulile to bag in the goals and overturn the first leg result.

"In a very humble way we accept the lesson and we move on,” said Sundowns co-coach Rulani Mokwena after the first leg result. He added; “We will strive to do well at home and earn qualification. We know it is not going to be easy but we will give our absolute best.”

Defending champions Al Ahly arrive in Casablanca with a 2-1 victory from the first leg in Cairo last weekend. It would have been a comfortable 3-1 margin had they converted a second half penalty, but Anas Zniti ensured his Raja side head home with a realistic target to beat.

At a very intimidating Mohamed V Stadium in Casablanca, the work is cut out for Ahly against Raja, current champions of the CAF Confederation Cup.

Raja have won seven of their last nine Champions League matches at home without conceding defeat. Their last defeat in open play however, was against an Egyptian opponent when Zamalek beat them 1-0 in the 2019-20 season.

Ahly on the other end have had a chequered last five trips away from home in the Champions League, losing once, drawing twice and winning twice.

Ahly will have fond memories of their last visit to the Mohamed V Stadium as it hosted the final of the Champions League last season, where they thrashed South African side Kaizer Chiefs 3-0.

Their previous visit to the Moroccan stadium in 2020, also ended in victory, as they beat Wydad Club Athletic 2-1.

But what is different this time round, is the fact that fans have been finally allowed back into stadia in Morocco and judging by the influence they have had, it will not be business as usual for Pitso Mosimane and his Red Devisls.

The South African coach knows as much; “The job is not yet done and we will do our best to ensure we qualify. It will be hard against Raja at their home stadium but we are Ahly and we will fight for every ball and every goal.”

Ahly will once again rely on goal poacher Mohamed Sherif to lift them on an expectedly tough evening. The Ahly number 10 scored six goals in the run to the title last season and this season has three to his name.

Another team that will face the wrath of a stormy and noisy Stade Mohamed V in Casablanca is Algerian outfit CR Belouizdad.

They have a mammoth task ahead of them, to overturn a first leg defeat from home. Wydad picked up a crucial 1-0 result in Algiers, having them a priceless advantage heading to Sunday’s return duel. They achieved that result despite playing more than 83 minutes with 10 men after Jalal Daoudi was sent off seven minutes into the game.

It is a result the Moroccans will cherish and look towards building, heading into the return tie at home where they have rock solid results.

Wydad tactician Walid Regragui says they know it will be difficult, but reiterates they will mount a massive challenge to qualify.

“We travelled to Algiers with the aim to win and get closer to the semi-final. It wasn’t easy especially when we had a player sent off. It was a positive result for us and this will now allow us to play the second leg with confidence,” the coach beamed.

CRB will look to overturn the result despite their recent poor away record, losing three of the last five matches.

“Football is a funny game. We dominated but lost after one mistake. This tie is not finished. We need one goal when we play in Casablanca and I know we have a chance. Wydad are a good team with up to seven professionals in their team but we will face them head on,” said CR Belouizdad’s Brazilian coach Marcos Paqueta.

He added; “We will not change our strategy but just aim to do better especially offensively.”