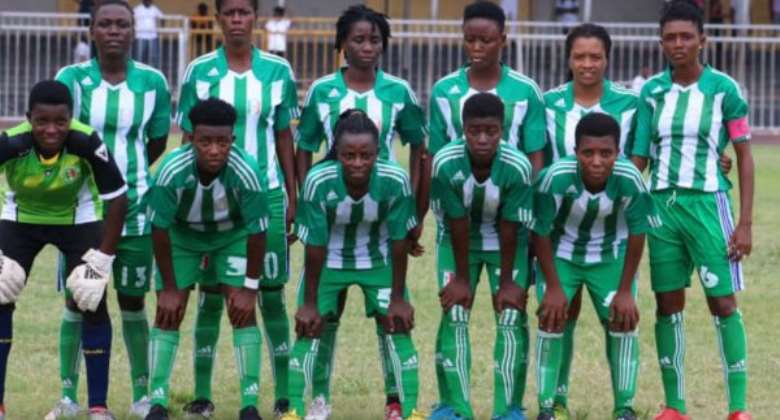 Coach Yussif Basigi's Hasaacas Ladies, who have been in top form this season, will be looking forward to picking yet another important win against third place Berry Ladies to maintain their top spot in the Southern zone of the Women's Premier League (WPL).

The match-day seven crunchy encounter would be held at the Gyandu Park in Sunyani.

Hasaacas Ladies, having won four matches out of six, would seek to extend their unbeaten streak against Berry ladies who have also won two matches after six games played.

A win for Hasaacas Ladies would keep them at the top whilst victory for Berry Ladies would take them to the second position depending on results from other matches.

Elsewhere, Ladystrikers would host Sea Lions this weekend in a derby match, known as the "Ogua Derby". Ladystrikers after six weeks of games played, are on four points ahead of Sea Lions who are also struggling to make it to the top of the southern zone.

Ladystrikers would chase to redeem themselves after losing two consecutive matches, against Police Ladies and Faith ladies.

Sea Lions who have not also performed so well in their last two matches would also come into this match looking for a win against coach Rashid Iddi's Ladystrikers.

Faith Ladies would trek to the camp of Army Ladies to battle them this weekend. Seventh Place Army Ladies, after having a poor start this season have now gained their feet, picking up all six points in their last two matches.

Faith Ladies, who are two points ahead of Army Ladies , have set sights on ending Coach Ayinbire's winning streak this weekend.

Thunder Queens, who are seven points ahead of Immigration Ladies would also be hoping for the top spot with a win over the visitors at the Carl Reindorf Park on Friday.

First place Pearl Pia ladies would target to triumph over struggling Northern Ladies who are yet to win a match this season. Northern Ladies are ten points behind Pearl Pia Ladies, securing three points after six matches played.