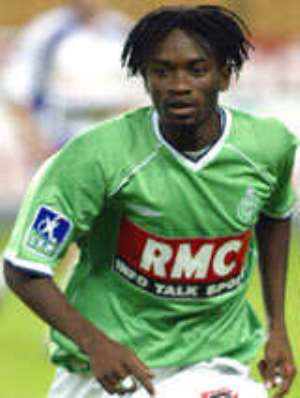 The Former Black Stars midfielder who currently plays for Empoli in the Italian Serie A would be hoping to impress Dynamo coach, Olexiy Mykhaylichenko for a permanent stay with the Ukrainian.

Razak has been confined to the sidelines at Empoli for months this season as a result of an injury.

But the young Ghanaian, who once featured for the Black Starlets is optimistic of sealing a deal after the weeklong trial stint at Dynamo Kiev.