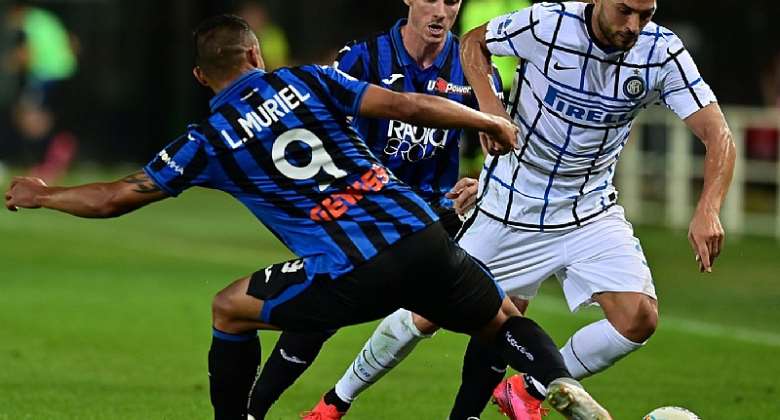 SuperSport viewers on DStv and GOtv can look forward to a classic Serie A rivalry, as Atalanta host Internazionale at the Gewiss Stadium on the evening of Sunday 16 January 2022.

The Nerazzurri have adapted brilliantly under manager Simone Inzaghi and look very capable of defending their crown, but La Dea are dangerous and unpredictable opponents.

“I did expect Inzaghi to have more difficulty setting in, but in reality it has been very easy and he’s been able to show the real work he achieved, becoming a real added bonus for this club,” said Inter CEO Beppe Marotta. “The club went through violent summer storms, but we found our north star, the path to follow and rediscover our balance after the departures of Hakimi, Lukaku, Eriksen and Conte.”

Atalanta boss Gian Piero Gasperini, meanwhile, has criticised the use of VAR in Serie A – perhaps in a clever psychological move to gain some kind of advantage: “Had the referee checked the incident with VAR, I would have accepted his decision,” he said. “These audio files seem to be state secrets, but we should be allowed to listen to them. Otherwise, we may believe that something is not working the right way. That being said, one must always accept referee’s mistakes.”

Mario Pasalic – The Croatian midfielder has been one of the driving forces behind Atalanta this season, contributing an impressive amount of goals and assists from the middle of the park. He will look to dictate the home team’s passing tempo come Sunday evening.

Lautaro Martinez – The Argentine attacker hit a rich vein of form at the back end of 2021 and will be looking to keep that rolling in the New Year. His ability to sniff out space in the midst of crowded penalty areas is uncanny and Atalanta will need to keep a close eye on him.

In head-to-head stats, Atalanta and Inter have met in 47 matches across all competitions dating back as far as 1993. The Nerazzurri have claimed 24 wins compared to nine for La Dea, while 14 games have been drawn.

The teams’ meeting earlier this season, at the San Siro in September 2021, ended in a thrilling 2-2 draw: Inter’s goals were netted by Lautaro Martinez and Edin Dzeko, while Atalanta scored through Ruslan Malinovskyi and Rafael Toloi.

Gian Piero Gasperini v Simone Inzaghi – Gasperini’s attacking approach will be tested against the tactical flexibility of Inzaghi, though the Bergamo side will hope that home advantage gives them an edge over the Milan giants.

Duvan Zapata v Alessandro Bastoni – Bastoni is regarded as one of Italy’s best up-and-coming centre-backs, and he will face a stiff test across all aspects of defending against a rugged and resilient Zapata.

Matteo Pessina v Hakan Calhonoglu – Atalanta’s hard-running midfielder will be tasked with closing down the playmaking influence of Calhanoglu, who has become one of Inter’s key creators since his switch from the red and black half of Milan last year.

We cannot continue to depend on loans for development; let’s...
56 minutes ago