Stars set to shine at the FIFA Arab Cup 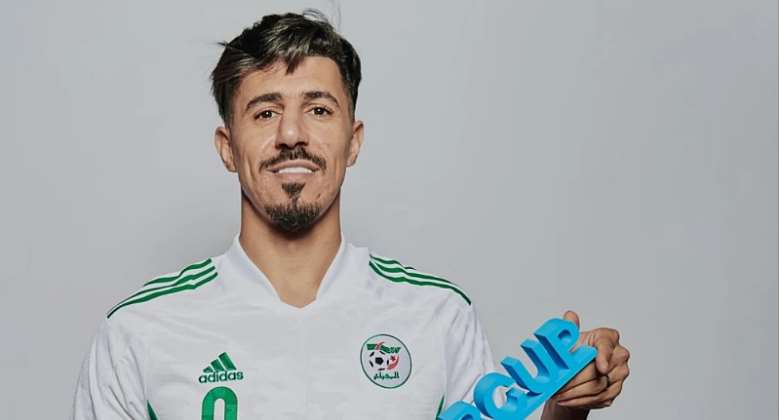 The FIFA Arab Cup Qatar 2021 begins on Tuesday with four matches that promise plenty. Over the next few weeks, the leading lights of Arab football will have the opportunity to showcase their skills on the big stage.

Having done much to help their clubs achieve glory in recent months, the time has come for them to inspire their national teams to greatness in Qatar.

FIFA.com picks out players who have all the makings of being stars of the tournament.

Bounedjah is regarded as one of the finest forwards in Arab football at the moment and was one of the stars of the Algeria side that won the 2019 CAF Africa Cup of Nations, scoring the winner in the final against Senegal.

The Al Sadd man will be out to keep his fine goalscoring run going in Qatar. An intelligent player with great positional sense, a nose for goal, and a gift for dribbling, he is a star for club and country.

One of the biggest names in the tournament, Achraf made his name with Al Wydad before leaving Morocco to sign for Saudi club Al Hilal. Following a brief spell in France, where he played for Racing Club de Lens, Achraf moved to Egyptian giants Zamalek SC.

A gifted player whose main strengths are his dribbling and finishing, Achraf is a proven matchwinner, a role that Morocco coach Hussein Amotta will be hoping he can perform once more in the weeks ahead.

An influential figure in Tunisia’s qualification for the 2018 FIFA World Cup Russia™, Msakni missed out on the world finals through injury.

Though further injuries have checked his progress since then, he is now back to his best and keen to make up for lost time at the Arab Cup.

Technically gifted, Msakni has the ability to go past people, provide assists and score goals, qualities that could well fire Tunisia to success.

When the legendary Essam El Hadary decided to hang up his gloves, Egypt had no difficulty in finding his successor. An imposing presence between the posts and experience with it, Elshenawy has great awareness and an innate ability to read the game.

Egypt’s first-choice keeper at Russia 2018, he also played at the Olympic Football Tournament Tokyo 2020 and will be Carlos Queiroz main man in defence at Qatar 2021.