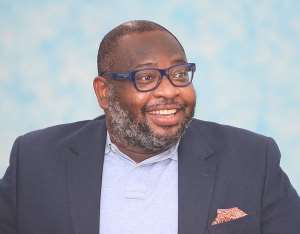 The Phobians have left the shores of Ghana today for the return leg of the preliminary round games of the Caf Champions League.

Hearts of Oak goes into the game with a 1-0 advantage in the first leg game played at the Accra Sports Stadium.

Isaac Mensah’s 41st-minute strike was enough for the Phobians to record an important victory on home turf.

The Phobians will progress to the money zone for the first time in many years if they are able to eliminate the Moroccan giants on Sunday.

The winner of both legs will progress to the group phase whereas the loser drops to the CAF Confederations Cup.

And in an interview, the experienced football administrator insisted the Phobians can secure victory in Morocco should they improve on their finishing.

“If I look at the quality of Hearts of Oak play, I mean once they improve on the finishing, victory is possible in Morocco,” Dr Abbey said.

Meanwhile, Dr Randy Abbey is the leader of delegation for Hearts of Oak for the game in Casablanca.

The game has been scheduled to kick off at the Stade V Mohammed at 18:00GMT.

Hearts of Oak left Ghana with a total number of 24-man squad.