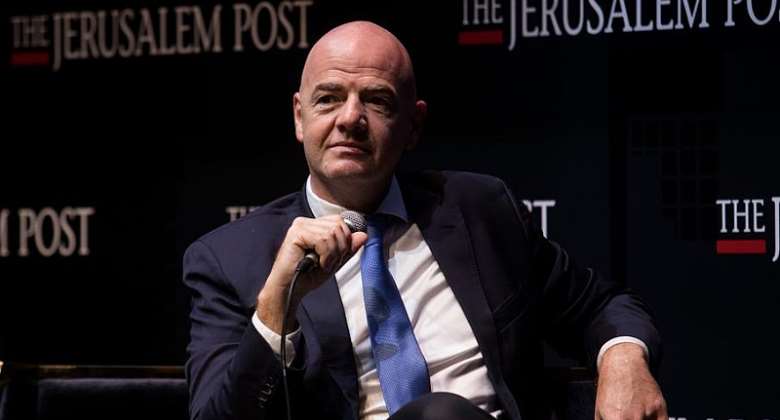 Fifa president Gianni Infantino said on Monday his controversial plans to hold a World Cup every two years will help spread the funds football generates away from a handful of super clubs.

Infantino explained that his biennial World Cup plan in fact envisages a global showpiece every year, alternating between men's and women's competitions.

"Today there are many football competitions that earn much more money than the World Cup and this money that is earned is distributed amongst a very small number of clubs," said Infantino at a press conference in Buenos Aires alongside Claudio Tapia, president of the Argentine football association.

Infantino not only wants more World Cup tournaments but more joint hosts too.

"If you talk about a World Cup every year, men and women, with five neighbouring countries, organizing it, in 20 years the World Cup could be organized by almost 100 countries giving their football a great boost.

"Right now, the World Cup doesn't come back to a continent for 24 years and that's more than a generation."

So far, the only World Cup to have been hosted by more than one country was when Japan and South Korea teamed up in 2002, although Canada, Mexico and the United States will also do so in 2026.

Likewise, the 2023 women's World Cup will be hosted by Australia and New Zealand.

The biennial World Cup project, which has the backing of former Arsenal manager Arsene Wenger, has come in for heavy criticism from continental federations Uefa and CONMEBOL, as well as coaches and pundits.

But Infantino is determined to plough ahead with the idea and says a final decision will be made "before December."

"No one is happy with the current situation and something has to change," added Infantino.

The 51-year-old Swiss also turned his attention to the World Cup qualifier last month between Brazil and Argentina in Sao Paulo that was called off after Brazilian health officials invaded the pitch to stop the game.

The health officials claimed that four Argentine players had dodged quarantine rules and would not let them continue.

"For a match to be interrupted in this way is something that cannot happen. It's not acceptable," said Infantino.

Fifa's disciplinary commission has launched an investigation into the incident but no new date has been set for the match.

It may have little influence on either side's hopes of qualifying for Qatar 2022, though, as they are both well clear of the competition in the single South American qualifying group.

Park your car if you don't want to be vaccinated — Dr John N...
47 minutes ago