Fury too tough for Wilder to handle in their much publicized trilogy: What went wrong? 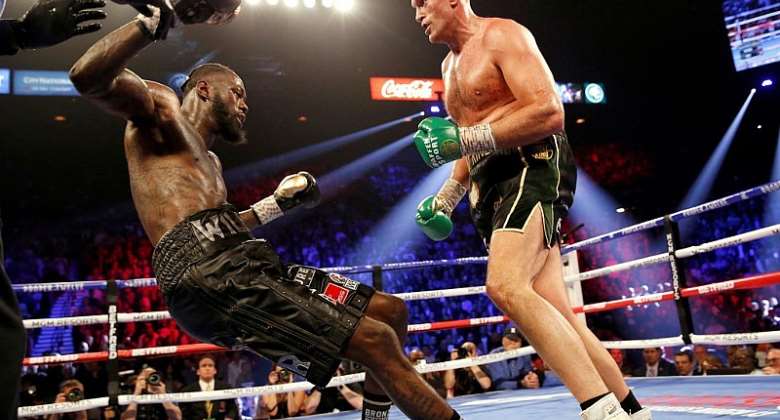 The above quote was captured in my preflight article in analysing the cliffhanger that took place in the early hours of Sunday at T-Mobile Arena Paradise, Nevada.

Deonty Wilder was totally neutralized technically and tactically by Tyson Fury just like in their previous meetings. Wilder came to the party with an ineffective game plan and suffered the consequences when it mattered most.

Boxing is about physical and mental conditioning, strategy, endurance, perseverance and capacity. The hanger in you needs to be properly placed and managed right from the preparation stage to the main event.

At this level, if you allow your emotions and sentiment to overshadow your thinking faculty, the end result is usually unbearable pressure that could lead to calamity.

The outcome of this trilogy apparently authenticated Fury's strength as a clinical and tactical boxer over Wilder. It also vindicated those who suggested that their first fight in 2018 which ended in a split draw was a stolen verdict.

The rapacious Tyson Fury made Deonty Wilder swallowed his unfounded accusation that Fury cheated him in the second fight in 2020 which saw him kissed the canvas in round seven (7) and be knocked out momentarily.

Wilder lost the much-anticipated bout because of the lack of variety in his game plan, fight approach and fight wisdom. The American relied so much on his one-sided and predictable deadly right hand which made the trick for him against his previous opponents with 31 knockouts but failed to work against Fury for three consecutive times.

Tactical ineptitude and frustration exposed Wilder to the advantage of Fury who was focused courageous, stamina is apt and with great fight management ability.

Wilder undoubtedly won the first round and gave his teaming fans the needed impetus to believe his ability to triumph but eventually, he got exposed through the rounds after going down the canvas in round 3 and forced his opponent(Fury)to also went down the canvas in a dramatic fashion in round 4.

It became apparent in round 6 there about that Wilder may not end the fight due to his inability to land effective punches and also avoid receiving ferocious punches from the British boxer. The wobbling legs of Wilder was vivid halfway into the fight and so provided boxing pundits with the foresight to predict a premature end of the fight.

After Wilder(43-2-1-41kos) suffered enough punishment and pummelled to submission in the hands of Fury(31-0-1-32), round 11 was enough the exit point for the American boxer to accept defeat in a more shocking and amazing way.

Ladies and gentlemen,.....AND STILL!!!!! THE WBC AND RING MAGAZINE HEAVYWEIGHT CHAMPION is no any other person but TYSON FURY!!!!!!

With this victory, the British Heavyweight boxer is the new king and power of the division from the commercial standpoint.

I love boxing because it's a sweet science and a noble art of self defense.