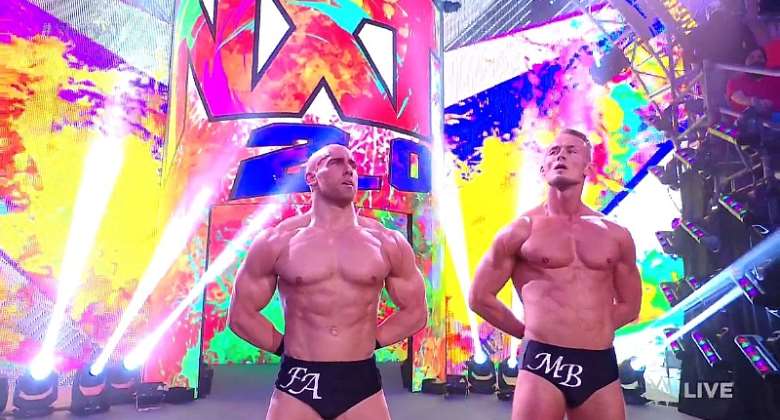 The action begins on the morning of Wednesday 29 September with WWE NXT Episode 636. The tag team of Josh Briggs and Brooks Jensen have vowed to come back stronger after a recent defeat left them questioning their role in NXT. Fans of the WWE can gear up for another thrilling week of action on SuperSport, with live airings of the NXT, SmackDown and Raw shows running from Wednesday 29 September to Tuesday 5 October 2021.

“All great fighters lose once in a while,” said Briggs. “It’s no sweat off our backs, we’re gonna do it all over again, we’re gonna pick ourselves up, dust ourselves off and learn.”

Jensen added, “Tomorrow morning we’re gonna wake up, we’re gonna put our work boots on and we’ll get back to do what we do best... ‘cos NXT you’re gonna remember the names of Josh Briggs and Brooks Jensen.

Saturday 2 October brings Episode 1154 of WWE SmackDown. Liv Morgan has been making waves in the women’s division on the blue brand and she feels it is only a matter of time until she gets her time in the spotlight.

“I just have to be on the lookout now, because I don’t know if Zelina will break her nose, or a fingernail, or her eyelash, but I am more than happy to take on all comers,” said Morgan. “I’ve been working my a** off to get a chance in this division and I feel that I am so close. Watch this space, something special is on the way.”

Tuesday 5 October will feature Episode 1480 of WWE Raw. Karrion Kross has cut a swathe of destruction through the red brand and has promised that there is more to come.

“Deep down, most of you don’t know who you really are,” said Kross. “However, you have an idea of who you would like to be. No one finds their true nature until they’re the one suffering... or inflicting the suffering. My list of casualties on Raw continues to grow. There is only one certainty: I will hurt every single person in this place until there is no one left, and I get everything that I want.”

Now GOtv viewers can also enjoy some world-class WWE action every Wednesday evening on SuperSport GOtv Select3, with a past Pay-Per-View (3:00pm), WWE 205 (7:00pm) and a documentary (7:30pm).

No rival can compete with SuperSport's coverage. Our viewers on DStv have found their #HomeOfSport.

Don’t miss out on all the WWE content on DStv. Visit www.dstv.com to subscribe or upgrade, and join in on the excitement. And while you’re on the move, you can stream the action on the DStv App.