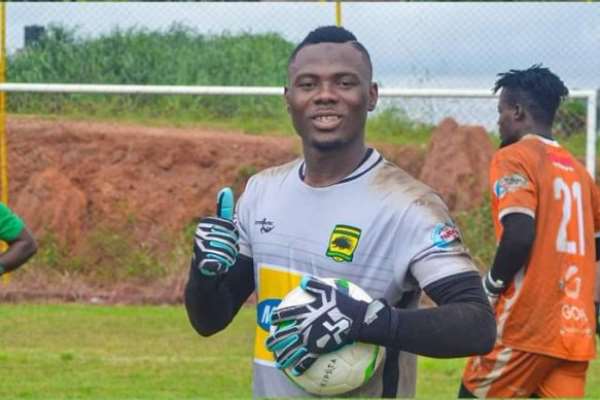 The 18-year-old continues to face an uncertain future with the Porcupine Warriors.

Last season, he was the last in the pecking order of Kotoko’s four registered shot-stoppers – behind Razak Abalora, Kwame Baah and Felix Annan.

Despite the latter leaving the club over a week ago, the 2021 U-20 Afcon golden glove winner is not guaranteed regular game time in the upcoming campaign as he will only become the third choice.

Danlad has been out on loan twice – at Berekum Chelsea and King Faisal in the second part of last season.

Due to his performance with the Black Satellites, he was roped into the Black Stars squad but was dropped from the last call-ups in September.

It is understood that Kotoko are open to an outright sale for Danlad to chase regular game time elsewhere and brighten his chances of keeping his spot at the Ghana senior national team.

Danlad’s huge potential makes him a fan favourite and a decision to sell, instead of extending his contract and farming him out on yet another loan, is likely to be met by the Kotoko fanbase.

Meanwhile, Asante Kotoko and Dreams are to face off in an opening day clash at Dawu when the 2021/22 Ghana Premier League kicks off later in October, according to the fixtures released Friday night.

Should the move materialize, Danlad could start his career with the Believers against his former club.