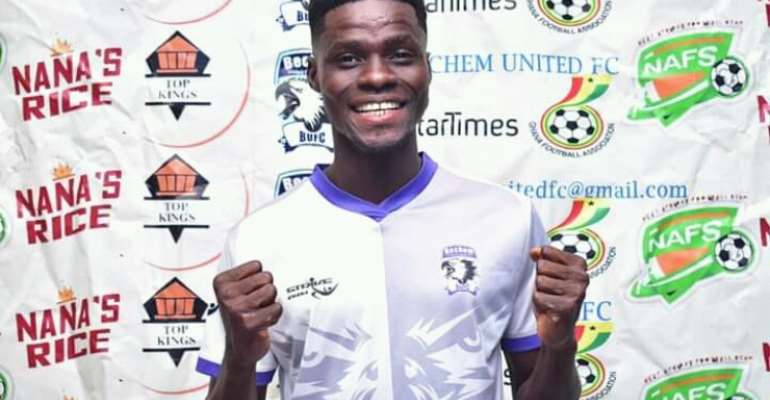 The youngster completed his move to the Hunters after completing his mandatory tests last Wednesday.

Club official announcement on Facebook reads; "We are delighted to announce that we have completed the signing of left-back Francis Acquah on a three year deal from BYFA."

The lanky left-back is expected to make great a impact in the new season as he will also want to become a mainstay and supporters favourite in the city of Bechem.

Bechem United survived at the death in the last campaign despite losing to Ebusua Dwarfs on the last day but managed to finish 13th on the league with 42 points.