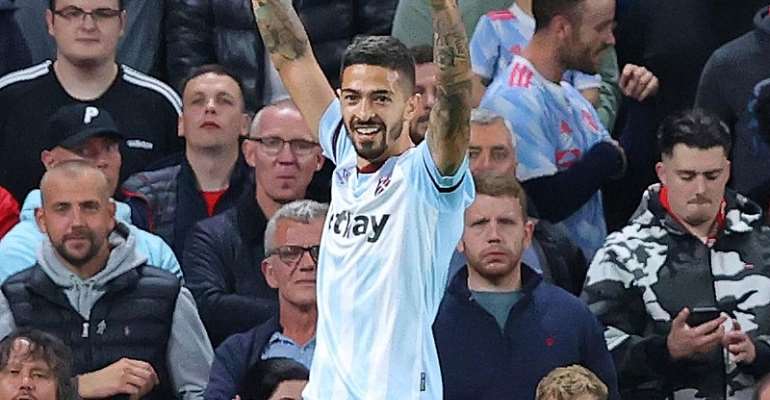 West Ham secured a 1-0 win against Manchester United in the third round of the Carabao Cup courtesy of an early Manuel Lanzini strike.

The visitors took the lead in the ninth minute at Old Trafford when Ryan Fredericks teed up Lanzini for a tidy finish past Dean Henderson.

Henderson was one of a number of players brought in by Ole Gunnar Solskjaer after Sunday’s win at West Ham, as well as Victor Lindelof, Eric Bailly, Alex Telles, and Diogo Dalot at the back. Cristiano Ronaldo and Paul Pogba were both rested.

With half an hour remaining, Solskjaer introduced Mason Greenwood and he almost scored with his first touch, but for Alphonse Areola’s save.

United ramped up the pressure but they lacked Ronaldo’s quality and Pogba’s ability to create from nothing. Bruno Fernandes was introduced but Areola remained steadfast in goal as David Moyes remained in contention for his first major trophy.

It could have been two, but Andriy Yarmolenko hit the post after rounding Henderson and Mark Noble fired straight at him in a one-on-one with the game dying.