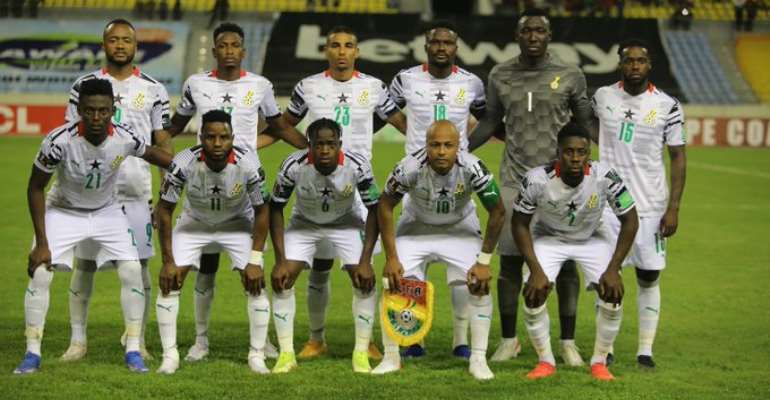 The senior national team, the Black Stars have left the shores of the country for their 2022 World Cup qualifiers against South Africa on Monday.

Ghana opened their qualifying series with a home scrappy home win against Ethiopia at the Cape Coast Stadium on Friday night with Mubarak Wakaso scoring the only goal.

The team will travel without the English and German-based nationals because South Africa is placed on the COVID-19 red list of the aforementioned countries since they will have to isolate for 10 days when they return to their respective clubs.

In total, twenty-five (25) players left the shores of Ghana on Saturday morning for the match-day two.

Below is the squad list for South Africa game

The Black Stars are chasing a return to the World Cup after missing out on the 2018 edition in Russia.

It will be their fourth appearance at the global showpiece should they qualify for Qatar 2022.