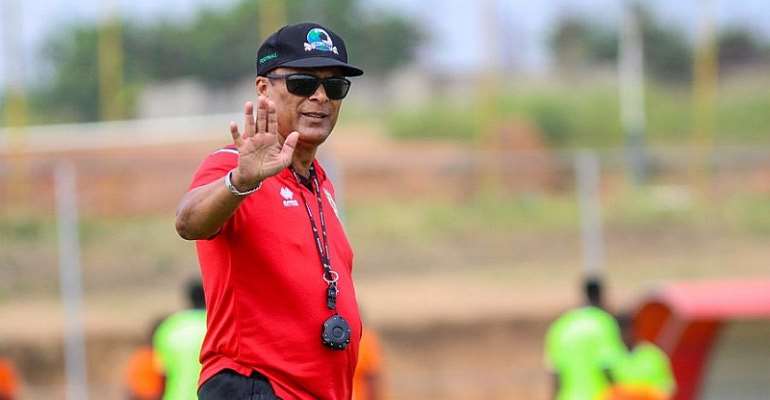 Asante Kotoko head coach, Mariano Barreto has called on authorities to investigate the club’s last league game of the season.

The Porcupine Warriors hosted Elmina Sharks on the final day of the 2020-21 Ghana Premier League season.

Kotoko however suffered a 1-0 defeat to Sharks at the Obuasi Len Clay Stadium.

The Reds have ended their 2020/21 season without a trophy after being eliminated from the FA Cup by Berekum Chelsea in the quarterfinal.

The Portuguese gaffer however expressed his unhappiness with some happenings during Kotoko’s ultimate league game and called for an investigation.

“In the last match, some strange things happened. I have already said that these issues have to be investigated and punish those that have to be punished,” the former Black Stars gaffer said, as quoted by Citisportsonline.

“This is to the board of Kotoko and these things should not happen. Kotoko is a big brand and one of the biggest clubs in Africa.

“What happened this season I hope never happens again to any player or coach,” he added.