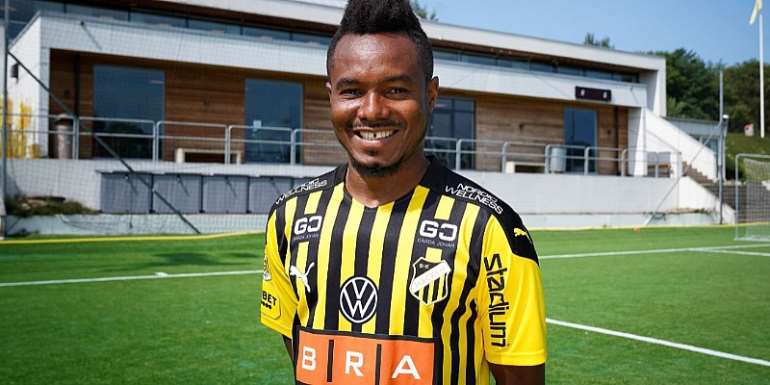 The move is a sensational return for the exciting attacker who played for the club between 2012 and 2019.

From BK Hacken, the winger secured a transfer to Bulgarian side Levski Sofia where he had a decent spell.

On the back of non-payment of wages, he terminated his contract with the club to become a free agent at the end of the 2020/2021 football season.

After training with BK Hacken in the last few weeks, Nasiru Mohammed has been signed by the Allsvenskan on a one-year renewable contract.

The statement continues, “Nasiru Mohammed came to BK Häcken as a great talent in 2012. He blossomed and became a key player in the yellow and black jersey for many seasons. In both 2014 and 2017, he accounted for eight Allsvenskan goals and he has scored both assists and goals that have meant a lot to BK Häcken's success in recent years.”