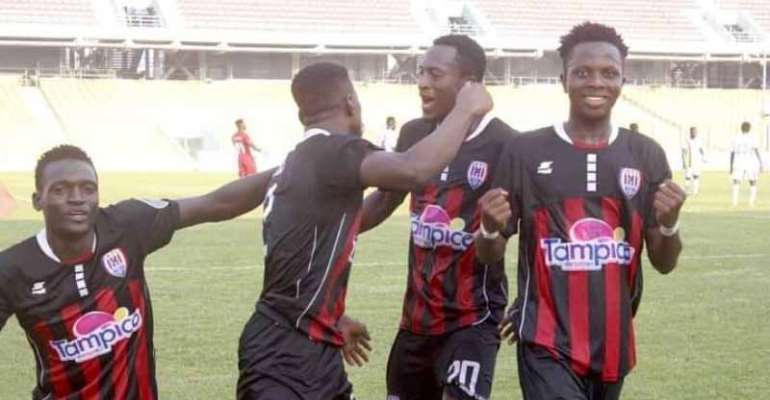 Inter Allies FC youngster, Nafiu Sulemana bagged a sensational brace on Sunday afternoon to propel the side to defeat Medeama SC 3-0 in the Ghana Premier League as they push to escape relegation.

The Capelli Boys after struggling in the first round of the 2020/2021 Ghanaian top-flight league campaign look to have found their rhythm in recent weeks.

Although the results have been inconsistent, they have managed to pick crucial points from tough games.

Having locked horns with Medeama SC today, Inter Allies were the less fancied side and tipped to lose to the Yellow and Mauve outfit.

However, after an impressive performance from the Tema-based club, they have managed to cruise to a vital win that could inspire them to survive the drop.

On the matchday, a goal from Andy Okpe plus a brace from Nafiu Sulemana did the trick to hand Inter Allies FC the victory.

The team now has 26 points and although they remain bottom of the league table, they just need four points to climb out of the red zone.