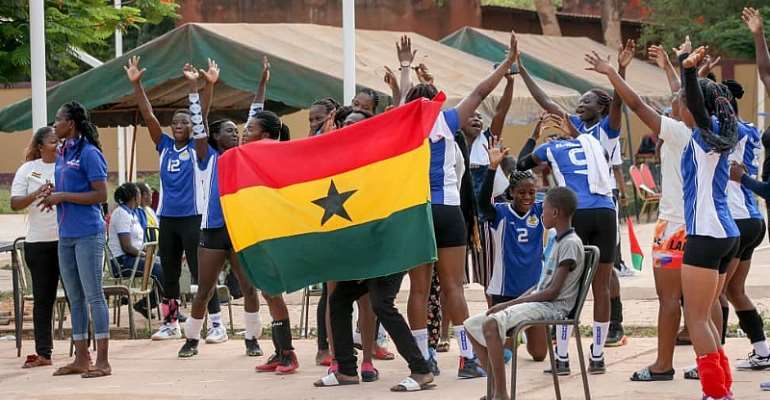 The Elwak Wings female team have secured a place in the grand finale of the ongoing invitational volleyball tournament in Burkina Faso after cruising past As.com with a convincing win at the end of four sets in the semi-finals.

The team despite facing unfriendly conditions from the hosts in Burkina Faso has managed to excel since their opening game on Wednesday.

Playing their first fixture against USFAS from Burkina Faso, the Elwak Wings female team won by two straight sets before going on to thump Mali’s Sikasso by a similar scoreline to wrap up the group phase of the 10-nation invitational tournament as winners.

With additional wins against As Douanes [from Burkina Faso] and As.com [from Mali] in the quarter-finals and semi-finals respectively, the Ghanaian volleyball team has made it to the final.

The Elwak Wings female team will have the chance to fight for gold on Saturday, May 29, 2021, when they take on Burkina Faso’s USFAS at 15:00GMT.

Unfortunately, the story is not the same for the Elwak Wings male team. After failing to win any of their two games at the end of the group stage, the team was dubiously eliminated over technical reasons.

They will now channel their energy and frustration towards supporting their female side tomorrow.