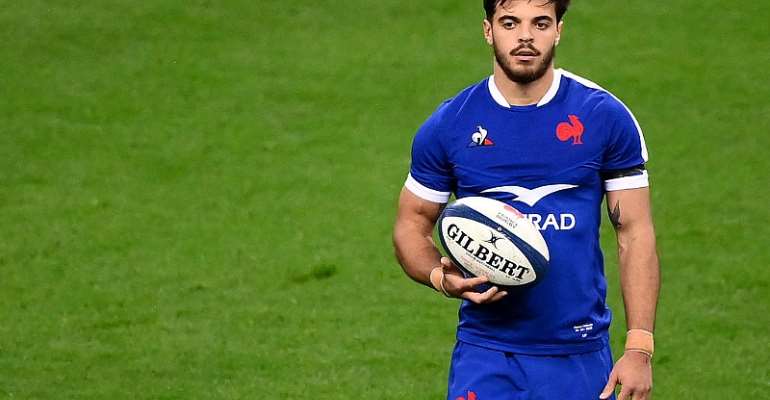 Ntamack will start Friday night's clash at the Stade de France as playmaker-in-chief.

Last Saturday he came on as a replacement for the injured Matthieu Jalibert and steered France to a last-gasp victory over Wales, ending the Principality's dreams of a Grand Slam - five consecutive wins.

The 32-30 triumph also gave France the chance to play for overall victory in this year's championship.

To hoist the trophy though, France need to score at least four tries and beat the Scots by 21 points.

“Ntamack will bring his game management, his talent and his sense of joy," said Galthié. “He will be himself.”

Ntamack was one of the stars of the 2020 Six Nations tournament but Jalibert stepped into the number 10 position after Ntamack was injured late last year playing for his Top 14 side Toulouse.

Even after Ntamack returned from his broken jaw, Galthié kept faith with Jalibert who orchestrated wins over Italy and Ireland before a final-minute loss to England at Twickenham.

Scotland started their campaign on 6 February with an 11-6 win over England. They suffered narrow defeats to Wales and Ireland before thrashing Italy 52-10 last Saturday.

Friday night's match should have been played on 26 February but was postponed after a dozen French players contracted coronavirus following their match in Ireland.

Matt Fagerson, one of the forward stalwarts of the Scottish campaign, will miss the game after injuring an ankle in training.

"It is disappointing for Matt,” said Scotland head coach Gregor Townsend. “He has been playing consistently well throughout the championship.”

The 22-year-old will be replaced by Nick Haining.
While France target the silverware, the visitors also have ambitions. A third victory will place them third in the final standings.

“The match against France provides us with an opportunity to finish the Six Nations in our highest position in its history,” added Townsend.

“This is a great opportunity for us to take on France, at home in Paris, as they also look to end the championship on a high.”