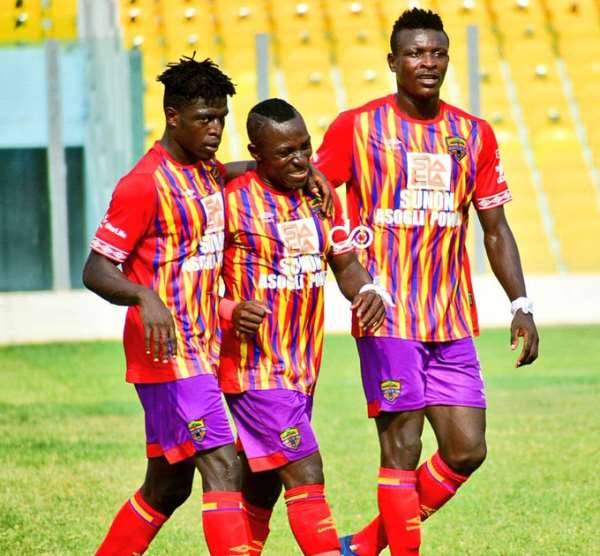 New Hearts of Oak head coach Samuel Boadu enjoyed a bright start on Sunday afternoon as he guided the Phobians to defeat WAFA SC 4-0 in the Ghana Premier League.

The young Ghanaian tactician was only given the job last week after he had resigned from fellow Premier League side Medeama SC.

Taking charge of his new role today, coach Samuel Boadu got his tactics right as his stars handed him a bit of luck in the 20th minute when the visitors had a defender (Ibrahim Abukari) sent off.

With the advantage, the players of Hearts of Oak capitalized and scored through an effort from Patrick Razak to take the lead before the break.

Going on to dominate the game in the second half, Hearts of Oak scored three additional goals to cruise to a resounding victory.

There were goals from Isaac Mensah, Raddy Ovouka, and Michelle Sarpong to seal the 4-0 win for Hearts of Oak against the Matchday 17 opponent of the ongoing Ghana Premier League season.

Courtesy of today’s victory, Hearts of Oak have climbed into the top four and with a good chance of actually making a claim for the league title if the team is able to add consistency to their play.