Serie A: AC Milan closes gap on Inter with comfortable win at Verona 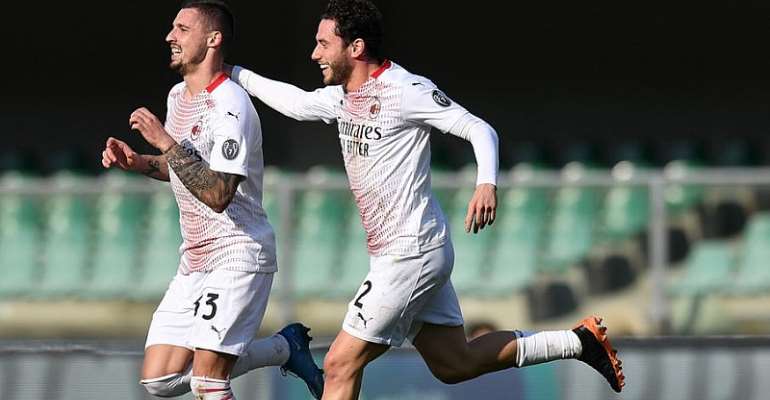 AC Milan's fringe players came to the fore as Stefano Pioli's side recorded a crucial victory at Hellas Verona to move to within three points of league leaders Inter in Serie A.

The Rossoneri were missing almost half of their regular starters, with Theo Hernandez, Ante Rebic and Hakan Calhanoglu joining Zlatan Ibrahimovic on the sidelines.

But Rade Krunic made the most of a rare start, scoring with a sublime free-kick to open his account in the league and give Milan a first-half lead.

Five minutes after the restart, on-loan Manchester United defender Diogo Dalot also scored his first goal in Serie A to double Milan's advantage with an emphatic finish after a well-worked team move.

Verona offered next to nothing in attack until a late rally, with their best chance falling to defender Federico Ceccherini who glanced his header wide, while Krunic cleared Davide Faraoni's goal-bound effort off the line.

Milan's fully deserved victory means the Rossoneri are now within touching distance of city rivals Inter, who play host to Atalanta on Monday night in their game in hand. Milan travel to Old Trafford for the first-leg of the Europa League round of 16 on Thursday night next.

A/R: Over 500 houses earmarked for demolition in Afigya Kwab...
55 minutes ago