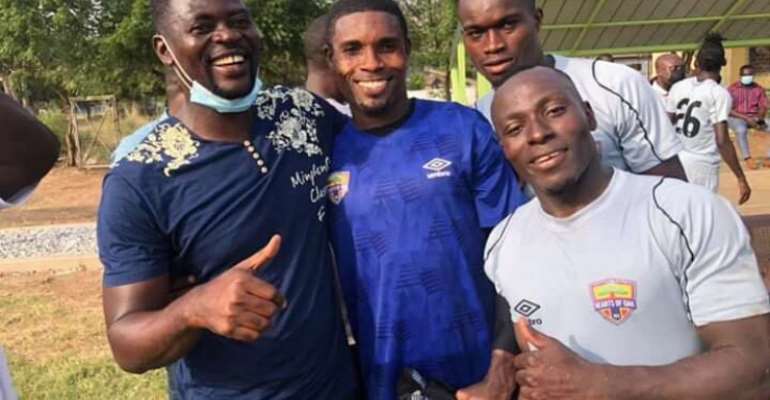 Hearts of Oak’s new head coach, Samuel Boadu has been introduced to players of the team for the first time today as he commences the new role.

As reported by Modernghana Sports on Monday, the board of Hearts of Oak after weeks of talks with the young coach has confirmed his appointment as the team’s new head of the technical team of the first team.

Today at the team’s training grounds, coach Samuel Boadu has been introduced to the players he will be working with.

The former Medeama SC coach monitored the team’s training and will in the next few days prepare the team for their next match in the 2020/2021 Ghana Premier League season.

The Phobians are scheduled to take on WAFA SC at the Accra Sports Stadium on Sunday, March 7, 2021, in a game that will serve as a matchday 17 encounter of the league campaign.

Meanwhile, new signing Salifu Ibrahim has commenced training and in the frame to mark his debut for the Rainbow club over the weekend.