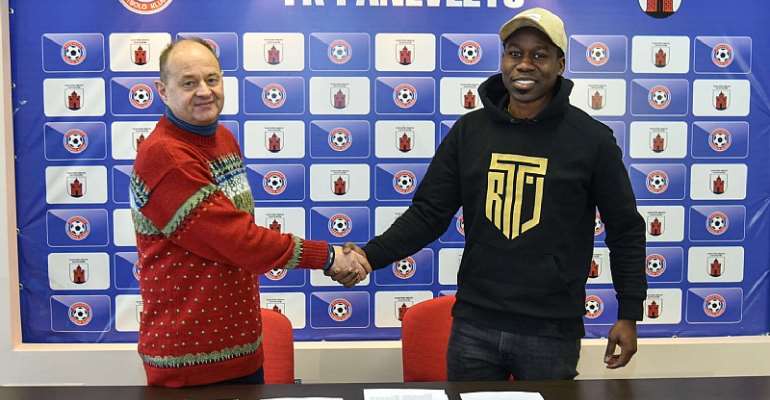 Ahead of the start of the 2021 Lithuanian top-flight, Jeffrey Sarpong has been signed by FC Panevezys to provide a squad boost for the side.

“In preparation for the new season, FC Panevėžys continues to strengthen its ranks. Today, the club signed 32-year-old Jeffrey Sarpong,” a statement from the club announced on Wednesday.

The Ghanaian started his professional football career in the Eredivisie where he had stints with Ajax, NAC Breda, and NEC clubs.

Before leaving the Dutch top-flight league, Jeffrey Sarpong played a total of 104 matches while scoring 6 goals and registering 19 assists.

At FC Panevezys, he will be expected to use his experience to help the club achieve its goals.