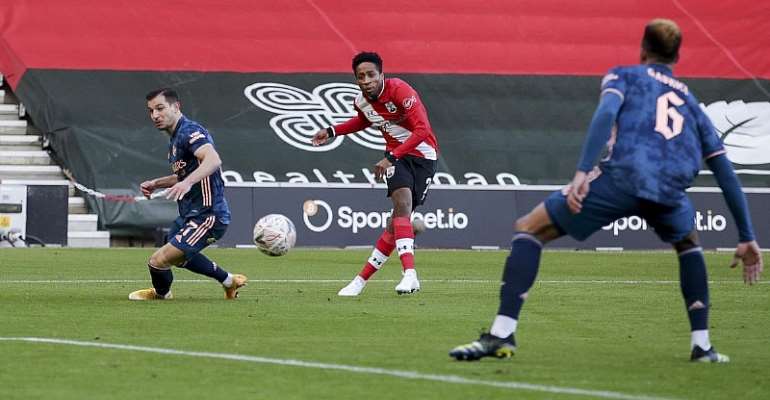 Gabriel of Arsenal deflects Kyle Walker-Peters of Southampton shot past his goalkeeper Bernd Leno to score an own goal to make it 1-0 during Southampton v Arsenal, The Emirates FA Cup Fourth Round, on January 23, 2021 in Southampton, England. Image credit: Getty Images

Southampton knocked holders Arsenal out of the FA Cup thanks to an own goal from Gabriel at St Mary's Stadium.

Former Tottenham full-back Kyle Walkers-Peters drove a low effort towards the far post which the Brazilian tried to block but only succeeded in diverting past Bernd Leno.

The Saints dominated the first hour of the match, with Arsenal struggling to beat their high press, before the introduction of Tomas Partey, Bakary Saka and Alexandre Lacazette saw the Gunners come to life, but overall the hosts were worthy winners.

The south coast outfit will now host Wolves in the fifth round in three weeks' time.