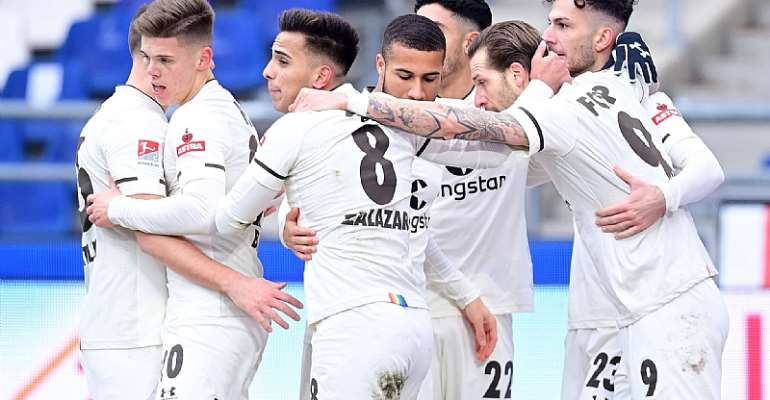 Ghanaian international Daniel-Kofi Kyereh worked his socks off for his FC St. Pauli side on Saturday afternoon to help the team defeat Hannover 96 in the German Bundesliga 2.

The attacker born in German made a starting appearance for the team today when they visited the HDI-Arena for a matchday 16 fixture of the 2020/2021 German lower-tier league.

Operating from the flanks, Daniel-Kofi Kyereh impressed with his performance particularly his defensive work to push FC St. Pauli to search for victory against the opponent.

In what ended as a hard-earned 3-2 win against Hannover 96, the Ghanaian played the entire duration of the game as he earned a high rating of 7.0 from top statistics providers SofaScore. 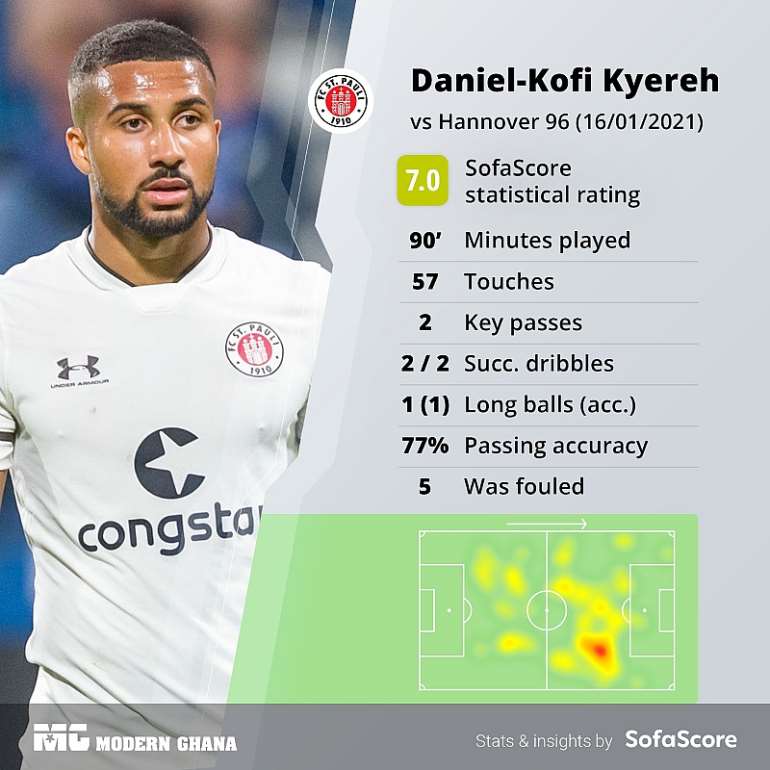 On the matchday, goals from Rodrigo Zalazar, Guido Burgstaller, and Igor Matanovic handed FC St. Pauli all three points with a brace from Genki Haraguchi serving as the consolation for Hannover 96.

This season, Daniel-Kofi Kyereh has played in 16 matches for FC St. Pauli. He has scored three goals and contributed with three assists in the process.

Don’t blame your defeat in court on Jean Mensa – Ayikoi Otoo...
55 minutes ago