Ghana Premier League: We are determined to play our home matches in Tamale - Kotoko 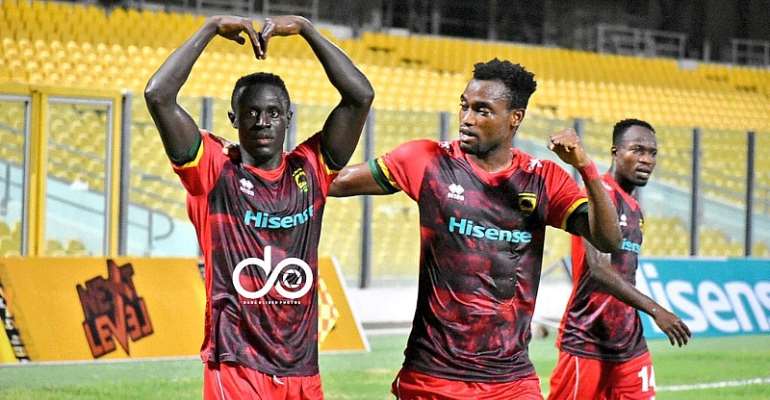 Asante Kotoko are determined to move to Tamale to stage their home matches reiterating they will provide enough reasons for the Ghana Football Association (GFA) on why they want to switch home venue.

The Porcupine Warriors resorted to the Accra Sports Stadium as their home grounds for the 2020/21 football season due to renovation works at the Baba Yara Stadium in Kumasi.

The Accra Sports Stadium is being used by Hearts of Oak, Inter Allies, Legon Cities, Great Olympics among other clubs as their home venue.

Early this week, Kotoko wrote to the FA seeking permission to move their home games to the Aliu Mahama Stadium in Tamale citing pressure and congestion at the stadium.

But in a letter signed by General Secretary, Prosper Harrison Addo, the GFA said: “The Club Licensing Department has currently not raised any concerns with regards to your usage of the Accra Sports Stadium and in view of that, we would request that you officially notify us with your reasons for the request to change venue to aid in our decision making.”

Reacting to the GFA letter, Kotoko Communications Director, Moses Antwi Benefo says they will revert to the GFA at the right time as they are currently preparing for Caf Champions League second leg encounter against FC Nouadhibou of Mauritania.

“The communique we had from the FA today is that the information from the Club Licensing Board indicates that there was no negative effect to the Accra facility," he told Accra based Citi FM.

“And if we still maintain that we want to move to the Aliu Mahama Sports Stadium, we should give them the reason why we embark on that journey.

We would respond to that letter in due time," he added.

Kotoko’s match against Nouadhibou will be played at the Accra Sports Stadium on Saturday. The Porcupine Warriors need a favourable result to progress after the first leg ended 1-1 in Mauritania.