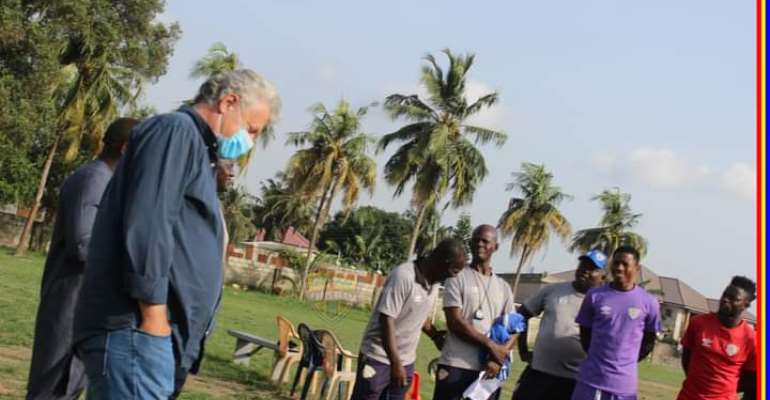 Former Hearts of Oak defender, Samuel ‘Foyoo’ Johnson says the appointment of Kosta Papic as the team’s new head coach will turn things around for the side in the ongoing 2020/2021 Ghanaian football season.

Having played 2 matches in the new Ghana Premier League campaign, the Accra-based club sits bottom of the standings of the division after disappointingly failing to record any win.

In what appears to be a desperate move to turn things around, Hearts of Oak on Tuesday announced to confirm the re-appointment of Serbian trainer Kosta Papic to head the technical team, replacing Coach Nii Odoom in the process.

Speaking on the appointment of the experienced tactician, former Black Stars defender Sam Johnson has backed him to get good results even though he notes that he wishes he had joined the club before the start of the season.

“Papic is not a foreigner, he has been here before but I don't know if he is the same Papic. I prefer he was here before the start of the season,” the ex-Ghana international told Otec FM.

Sam Johnson continued, “[His] return will raise the team because every player will fight to be in his starting lineup. The way things were going, the management needed to act fast.”

Today, Kosta Papic has officially taken charge of his first Hearts of Oak training session and will be in the dugout on Friday evening when the team hosts Karela United at the Accra Sports Stadium.