Ghana Premier League: I did not have pre-season with the team - Kosta Papic implores Hearts of Oak fans to be patient 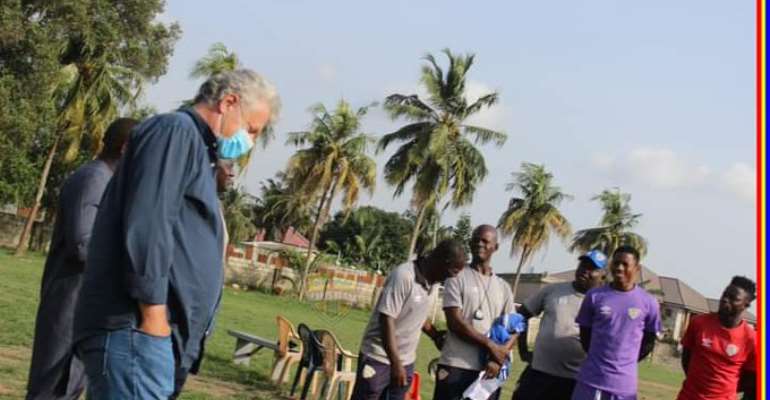 Kosta Papic with some Hearts of Oak technical team members

The 60-year-old Serbian was reappointed as the head coach of the Ghana Premier League powerhouse on Tuesday, December 1.

Kosta Papic begins his second tenure at the club against Karela this weekend.

After two matches played, the Phobians are occupying the bottom with just 1 point.

In an interview with Wontumi FM in Kumasi, Papic reiterated the fact that he knows less of the current players and would need time to know his players and has therefore called on the fans to be patient with him.

"I would like to tell the supporters to be patient with me, I have just arrived.

"I did not have a pre-season with the club and I barely know the players here.

"I will start training with the squad to know what to do," he added.

Papic was in charge of the Phobians when they last won the league in the 2008/09 season.

He will be assisted by Asare Bediako, who was appointed as the assistant coach in November.

Meanwhile, Edward Nii Odoom has been in charge of the club for the past year following the exit of Kim Grant has been demoted to the youth team.