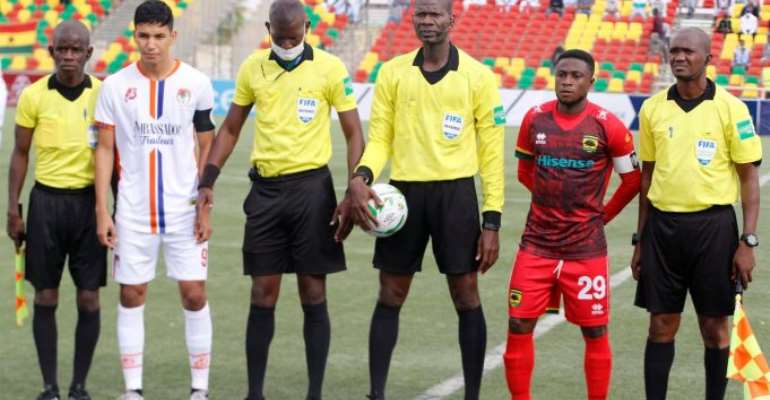 Asante Kotoko's proposal to allow supporters to be at the stadium against FC Nouadhibou has been rejected by the government of Ghana.

After ending the first leg 1-1 in Mauritania last week Sunday in the preliminary round of the Caf Champions League, the Porcupine Warriors wrote to government to allow 20,000 fans to be at the Accra Sports Stadium for the second leg game this weekend.

However, upon several deliberations between the government’s COVID-19 task force team, the plea from Kotoko was rejected.

"Our engagement with the COVID Taskforce team revealed that they aren’t ready to take things for granted," Moses Antwi Benefo, who is the head of communications at the club told Kumasi based Silva FM.

"They insist we continue to play our matches behind closed doors. so we have agreed.

“It would have been wonderful with the fans, the excitement and the buzz.

"The presence of supporters cheering the boys would have buoyed the players to perform above themselves.

“But human lives matter so we have agreed to play behind closed doors,” he concluded