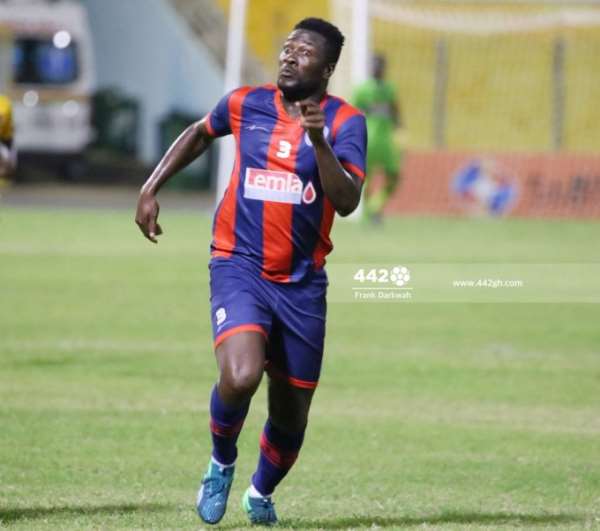 Ghana legend Asamoah Gyan is delighted after making his debut for Legon Cities in the Ghana Premier League (GPL) on Friday.

After returning to the Ghana Premier League after 17 years, the 33-year-old made his debut for the club against Medeama SC at the Accra Sports Stadium.

He came on in the 70th minute, taking the place of Raphael Ocloo.

Legon Cities remain winless in the three games they have played so far, drawing two of the games and losing one, but Gyan is confident that they will settle and soon hit the ground running.

“I am very much excited to be back home. This is where the name, Asamoah Gyan started and it feels great to play in the league again after 17-years, ” Gyan said after the game.

“I am very much satisfied with the game tonight. It’s a positive one. We need to approach the next game with this same mentality and I believe soon the wins will come.”

He has had to wait until matchday three to make his debut for his new club due to a lack of match fitness.

Without their marquee signing, The Royals drew 1-1 with Berekum Chelsea on matchday one before succumbing to a 3-0 loss to Great Olympics, leading to the sacking of coach Goran Barjaktarevic.

Gyan could make his first start for Legon in their matchweek four trip to Dawu-based Dreams FC.

Gyan's career has taken him to multiple Africa Cup of Nations (Afcon) and three World Cup tournaments with Ghana. He has also featured for the likes of Sunderland and Stade Rennais.

In a 6-seconds video which has made its way onto social media platforms, Gyan who was wearing his favourite number 3 jersey in an attempt to beat his marker, stepped on the ball and completely left his opponent kicking the air.