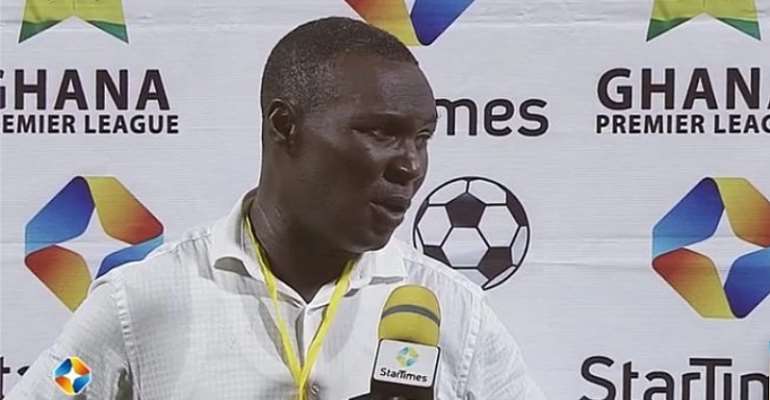 Head coach of Hearts of Oak, Edward Odoom has said he is disappointed with his side 2-2 draw with Ashanti Gold on Tuesday.

The Phobians after failing to honour their matchday 1 game against Aduana Stars at the Nana Agyemang Badu Park due to Covid-19 related issues finally played their first game in the ongoing 2020/21 Ghana Premier League.

Hearts of Oak hosted Ashgold at the Accra Sports Stadium. A game that produced much thrills.

The Phobians twice went ahead, yet they were denied a victory by the Miners at the Accra Sports Stadium.

Odoom has expressed his disappointment over his side’s 2-2 draw against AshGold.

“I am very disappointed about the result," said Odoom after the game.

"Because this game is not a game of draw, we should have killed this game in the first half, even in the second half we created all the chances in the game.

“I think a lack of concentration affected us, so I am very disappointed,” he concluded.

A brace from both Kwame Obeng Junior and Hans Kwofie ensured the game ended in a 4 goals thriller.

The Phobians ended the first half leading by a goal through striker Obeng Junior, but it was Kwofie who responded swiftly in the second half to put the miners back to match.

Obeng Junior powerfully headed the Phobians back into the lead in the 80th minutes when he connected perfectly from a Patrick Razak cross.

Hearts of Oak will b hosted by Inter Allies at the Accra Sports Stadium in their matchday 3 game.