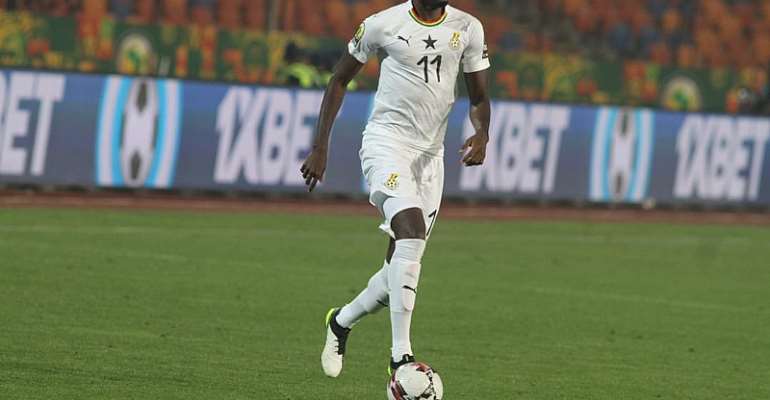 Former Ghana goalkeeper, Abukari Damba has defended Emmanuel Lomotey’s inclusion in the Black Stars ahead of the 2021 Africa Cup of Nations [Afcon] qualifiers against Sudan this month.

Lomotey's inclusion in the 23 man squad of the Black Stars has attracted a lot of criticisms in the media space.

But according to Damba, the Amiens midfielder possesses better technique than Arsenal midfielder Thomas Partey.

He stressed that Lomotey has the potential to become the best midfielder in Ghana in the next two years.

“For now we may not be getting the best performances from Lomotey, but in 2 years he will take over the midfield,” Damba said on Citi TV.

“This is a box to box midfielder like Thomas Partey. No disrespect to Thomas but Lomotey, technically, he is a delight to watch.

“Like I said before, Lomotey is a complete player, he is a great passer of the ball and he has an excellent delivery from dead-ball situations,” he concluded.

Ghana will take on Sudan on Thursday, November 12 in Cape Coast before engaging the Sudanese 5 days later in Khartoum.