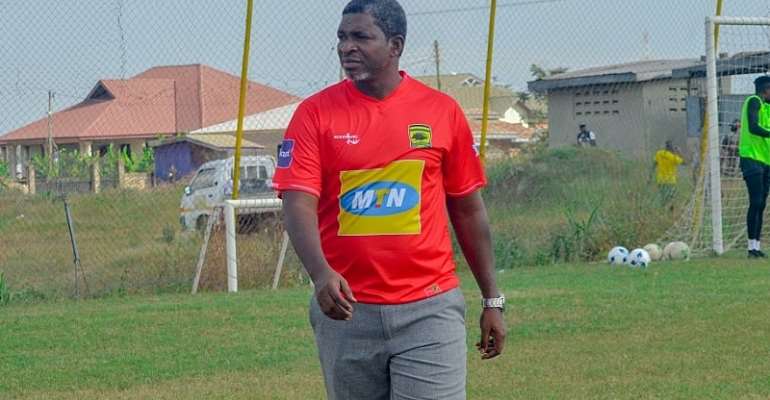 The former Black Stars assistant trainer made a return to the club in 2019.

In his first instinct at the club, Konadu led the Porcupine Warriors to a Ghana Premier League title.

According to former Medeama SC coach, Samuel Owusu, Konadu has the temperament and knowledge required to win.

“If you want to talk about 5 of the best coaches in Ghana, Maxwell Konadu will fall in there.” He said in an interview with Citi Sports.

“So if he gets a job at Kotoko to coach, definitely he can take the pressure.

“He will do his best and his best will be enough for the Asante Kotoko fans.”

In June 2012, Maxwell Konadu resigned as manager of Asante Kotoko after leading the club to their 22nd league title and securing qualification to the 2013 CAF Champions League.

He returned as manager in December 2019 and is expected to lead the club’s charge for a 24th league title as well as the CAF Champions League.

Konadu is expected to lead the Porcupine Warriors to glory ahead 2020/21 Ghana Premier League season.

What are 'Blue Kiosks' doing at lorry stations if not carele...
23 minutes ago

Asiedu Nketia, Jean Mensa, others to be cross-examined in Te...
23 minutes ago