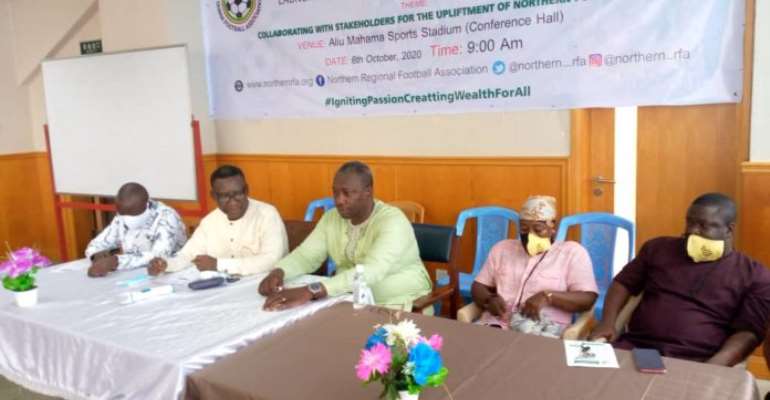 The website which has been weaved with modern features with URL www.northernrfa.org was launched on Tuesday at the Aliu Mahama Sports Stadium.

The event also brought together Executives of the NRFA, Coaches, Referees, Sports Journalists, Committee leaders and sports lovers in the region.

Speaking at the launch that was themed "Collaborating with Stakeholders for the upliftment of the Northern Football "Chairman of the NRFA, Alhaji Abu Hassan Rhyzo called on the media to partner with the association to help develop sports in the region

He noted that the region was doing very well in sports, especially at the Metropolitan, Municipal and District levels, but due to lack of media visibility, the world doesn't hear about it and called on the media needed to help amplify the works of the Association and sporting activities in the Country

The website also seeks to hook the world onto the happenings of football in the country especially, at the Northern sector by providing regular updates from the FA’s headquarters.

" If you look at the theme it says Collaborating with Stakeholders for the upliftment of Northern Football, what it means is that, there is a product already in existence known as Northern football, we are not coming to reinvent it. Then the theme also presupposes that football administrators or football people as we refer to ourselves cannot do it alone. It is an admission that we need to collaborate with stakeholders to see it to the fourth movement of the game.

He counted that, Salaga, Sawla, Gambaga, WaleWale, Damongo among others have already been Commissioned and Executives have started working

On officiating, the NRFA chair called on parents and club owners to embrace the 'catch them young' project which is aimed at making referee work easier and simpler for the younger generation