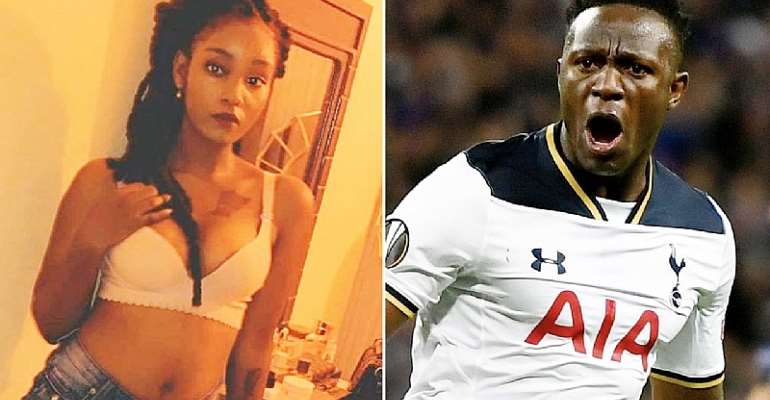 Victor Wanyama is suing Shakila after she claimed he paid her for sex. Image: Instagram/Getty

Former Tottenham midfielder Victor Wanyama is suing a 19-year-old social media influencer after she claimed he paid her £5,000 for sex ($9000).

Kenyan influencer Shakila made the stunning claims in a video that went viral on social media recently.

During an Instagram Live chat with YouTuber and blogger Mandela, Shakila said she was paid for sex by a number of Kenyan celebrities, including Wanyama and rapper Khaligraph Jones.

Shakila later apologised to Jones on Instagram, saying she was under the influence of alcohol at the time of making the claims.

However, she insisted her other claims were true.
“Am being forced to do this public apology cause I damaged @khaligraph_jones public image by whatever that I said yesterday due to influence of alcohol and reverse psychology,” she wrote on Instagram.

“Papa Jones am sorry. The rest mentioned were true and any claims raised will not be taken and dealt with personally.”

Wanyama has now hit out at the “false and insulting” allegations, saying he has commenced legal action against Shakila and Mandela.

“My attention has been drawn to a video circulating online containing false, fabricated and insulting allegations aimed at scandalising my good name and reputation,” the Kenyan national team caption said in a statement on Twitter.

“I wish to distance myself completely from the contents of this defamatory video.

“The allegations made therein are a total fabrication and a figment of the maker’s imagination at best.

“I have NEVER met any party in the video.
“I strongly condemn the actions of both the woman in the video and the publisher of the video Arthur Mandela via his Instagram account @Xtiandela for encouraging the disparagement of character of individuals based on false accusatory statements.

“The allegations made are manifestly fictitious clearly meant to boost the online audience of both the maker and of the insulting allegations and publisher of the video.

“I have worked long and hard to build my character and standing in the society.

“Such malicious, scandalising and false assertions about my name and character are UNACCEPTABLE to me, my family and institutions who have placed great trust in me.

“I am prepared to go to great lengths to protect my good name and character.

“Consequently, and with the blessing of my management team, I have instructed my legal team to pursue ALL legal remedies available to me and to which I have the unreserved right to seek.”

He is currently playing for Montreal Impact and has played for Celtic and Southampton in the past.