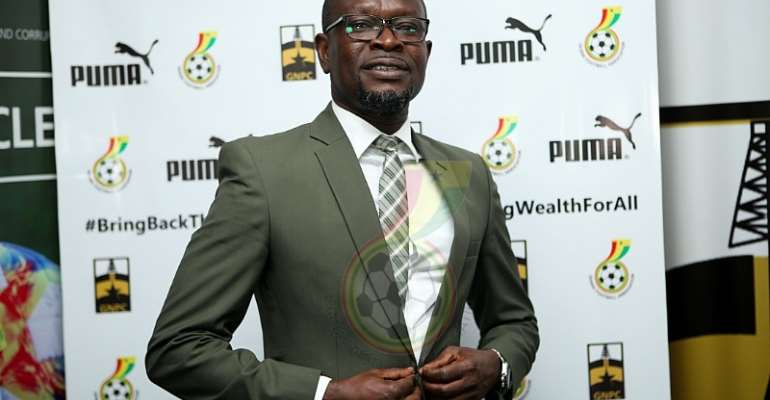 Akonnor, who was appointed on a two-year deal this year has not been paid for the past nine months.

He was expected to be in the dugout in March in the 2022 Africa Cup of Nations [Afcon] qualifiers against Sudan but was cancelled due to the outbreak of coronavirus.

However, Sports Minister, Isaac Asiamah in an interview with Adom TV on the Fire-for-Fire show confirmed that Akonnor will suffer pay cut due to Covid-19.

“I have told the coach [Akonnor] to accept a salary cut in the Covid-19 period before we pay him," Asiamah said.

"We cannot give him a full salary in the Covid-19 era, and we are waiting for a response from the FA.

“The coach has agreed in principle to accept a salary cut in this Covid-19 era, it's left with the FA to come out with the modalities for us to pay him."

According to a report filed by Oyerepa FM, Akonnor has agreed and signed to a pay cut for April and May at 40%.

However, he is yet to receive his salary since his appointment in January.

Akonnor will officially be in charge of his first game when Ghana face Mali in friendly matches in October in Turkey.

In November, the Black Stars will return to action with a 2022 Africa Cup of Nations (Afcon) qualifying double-header against Sudan.

Akonnor has been tasked to lead Ghana to win the Afcon tournament and guide the team back to the World Cup in 2022 in Qatar after an unsuccessful qualification campaign for the 2018 championship in Russia.