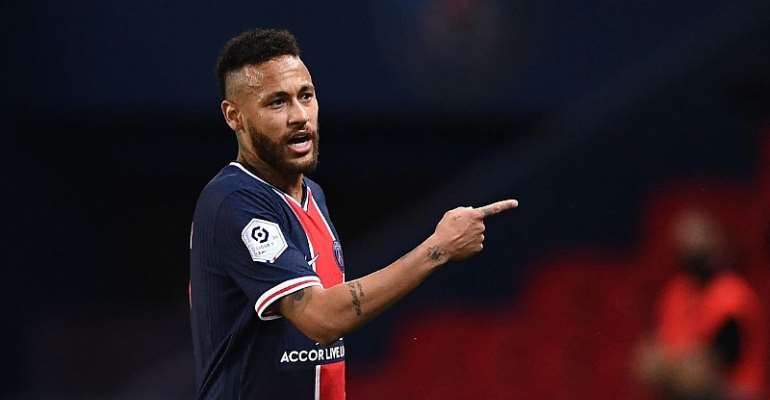 PSG striker Neymar reported a racist comment after being sent off during the stormy finale to his team's 1-0 defeat to Marseille.

The 28-year-old Brazilian striker was sent off nine minutes into injury time as his team trailed their Ligue 1 rivals.

Neymar punched Marseille defender Alvaro Gonzalez in the back of the head, and as he left the pitch he appeared to tell the assistant referee that something racist had been said.

The episode came at the end of a frenetic few minutes between the two sides, when Dario Benedetto, Leandro Paredes, Jordan Amavi and Layvin Kurzawa were all sent off two minutes earlier following a huge melee.

Paredes and Benedetto, already booked, clashed as they challenged for a high ball, and both Amavi and Kurzawa kicked one another.

The match is PSG's second consecutive Ligue 1 loss while Marseille maintained their 100% record.

Takoradi woman confesses she was not pregnant
38 minutes ago