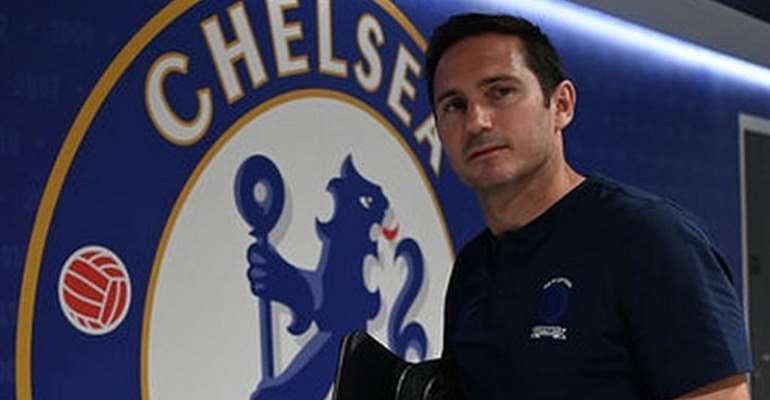 "Statue for Marina please" was one tweet that summed up the feelings of many Chelsea fans after the club signed Kai Havertz in a £71m deal on Friday.

That praise for director Marina Granovskaia reflected her part in negotiating a price with Bayer Leverkusen £18m short of the German side's previous valuation and showed further evidence of her ruthless streak.

Chelsea have now spent about £200m on six major signings, with two of them free, making them by far the most active Premier League team during this transfer window.

And it might not stop there, with the club also having submitted a bid for Rennes goalkeeper Edouard Mendy.

It is also the most they have spent in one summer, eclipsing the £186m they invested at the start of the 2017-18 season, which included a then club-record £60m on flop Alvaro Morata.

Former Blues winger Pat Nevin says Chelsea "aren't just building a team, they're building a dynasty" under manager Frank Lampard, who starts his second season in charge when his team travel to Brighton on Monday.

But how did Chelsea come to spend so much money when others are tightening their belts, and what can we expect from them?

Chelsea's chief negotiator Granovskaia is highly regarded for her ability to get a good deal, but there is no doubting the club has also benefited from a unique combination of factors this summer.

While every other club has been taking a more cautious financial approach because of the uncertainty surrounding coronavirus, Chelsea did their saving last summer thanks to a transfer ban - although they still paid £40m for Mateo Kovacic, who was already with them on loan.

Of course Russian billionaire owner Roman Abramovich is not short of a few roubles, but his spending has been in line with Financial Fair Play regulations, which were introduced in 2011 and will now be suspended for 12 months because of the pandemic.

Chelsea also banked money from selling Eden Hazard to Real Madrid in a deal that could exceed £150m, and have since received about £60m from Morata's move to Atletico Madrid.

So although Lampard was frustrated at failing to land any targets in January once the transfer ban was lifted, the delay has allowed him to strike while other clubs have been more cautious.

Nevin, who played for the Blues from 1983-1988, argues Chelsea's transfer policy might look "extreme" but is actually an "intelligent" one.

He adds: "If you equalise it over the two years, it's not a mad amount of money with the income from Hazard and Morata. Also, Chelsea weren't expected to reach the Champions League two seasons in a row, which makes a massive difference to their finances."

Paying £71m for 21-year-old midfielder Havertz might seem like a risk, but if he realises his value, Chelsea could even profit from him in the way they did with Hazard, who cost £32m.

The club's policy of buying the best of Europe's young talent in Havertz, 24-year-old Timo Werner, Ben Chilwell, 23, and to a lesser degree 27-year-old Hakim Ziyech, means Chelsea, with Lampard in charge, are playing a longer game.

Abramovich is not known for his patience with managers, and such an outlay might mean that Lampard needs to improve on fourth position in the Premier League and an FA Cup runners-up spot last season.

But Nevin says: "There's less pressure on Lampard than any Chelsea manager in the Abramovich era. Chelsea have tried building it quickly and buying world-class players, and they have had success, but Abramovich has wanted a dynasty for a while. This is the perfect opportunity.

"The pressure on Lampard from the club is minimal, but the pressure from himself is maximal. The best managers like Manchester City's Pep Guardiola and Liverpool's Jurgen Klopp do that and Frank is very similar."

In November 2019 Lampard named the youngest Chelsea XI of the Premier League era, with an average age of 24 years and 88 days

Mount's father Tony gave short shrift to reports in Germany that his son would be angry about the arrival of Havertz because they play in similar positions.

Rubbish, he said, or emojis to that effect, on Twitter.

On the face of it, there could be similar concerns from Abraham and Hudson-Odoi about the signings of Werner and Ziyech.

But all three youngsters know the level they must reach to represent Chelsea and although they had competition from the likes of Willian, Pedro and Olivier Giroud last season, it was only ever going to be a matter of time before younger and hungrier recruits would arrive.

Lampard denied that he only played that trio last season because of the transfer ban, insisting they were in the team on merit. Injuries hampered Abraham and Hudson-Odoi but they are known to relish a challenge.

"The younger players have learned enough last season that if you are good enough, you'll get a game and it's not much more complicated than that." Nevin added.

"If you're Tammy, you're thinking 'I want to be good enough and be in the team ahead of Timo Werner'."

The other advantage for the youngsters is that the new signings are not all like-for-like replacements.

Werner can play on the wing as well as upfront, Ziyech is not an out-and-out winger like Hudson-Odoi, while Havertz can play in a number of midfield positions, meaning he could play alongside or behind Mount, rather than instead of him.

Despite a decent first season in charge, Lampard made no secret about where his frustrations lay.

He will hope the new signings help Chelsea break down teams who choose to sit deep at Stamford Bridge. Nevin describes Ziyech as a "locksmith" who could help unpick a tightly packed defence.

But the biggest issue was a leaky defence. Chelsea conceded more goals than any other team in the Premier League's top 10 last season.

The free transfer of Brazilian defender Thiago Silva, who turns 36 later this month, could be seen as a risk in this regard - especially given Kalidou Koulibaly has been linked with a departure from Napoli.

Would Chelsea's money have been better spent on someone like him?

Some reports have suggested that West Ham's Declan Rice, who began his youth career at Chelsea and is best friends with Mount, is a long-term target for their defence.

But Nevin thinks former Paris St-Germain centre-back Silva has plenty to offer and could help younger defenders alongside him, such as Antonio Rudiger, Kurt Zouma, Fikayo Tomori and Andreas Christensen.

"As a centre-back, he reminds me of former Liverpool defender Alan Hansen," says Nevin. "He's a guy who doesn't live off his pace, but his knowledge and intelligence. Like Hansen, he is so good at reading the game that he never gives a foul away."

In addition, only six defenders had a higher aerial duel success than Silva in the Champions League last term, which could help Chelsea's vulnerability at set-pieces. He was also in the top 10 for the number of passes and passing accuracy across all positions in the same competition.

For all the money spent by Chelsea on attacking players, Silva's signing could yet be the key one to their success this season.

But if it does not work out, it might be not long before they spend more money in order to solve the problem.