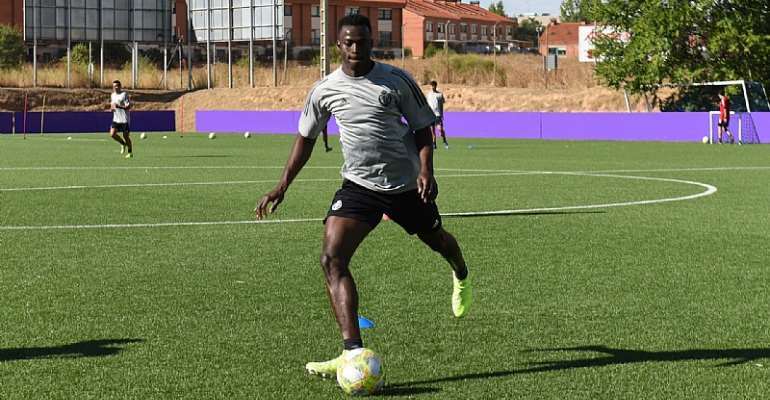 The teenager joined the club from African Football Talent Academy to play in the Youth A last year. Having made quite the impression on the technical team of the club, his contract has been extended this summer.

“Real Valladolid has reached an agreement with Isaac John Amoah to renew his contract for three seasons. Thus, the Ghanaian center-back will be Blanquivioleta until June 30, 2023”, an official club statement has announced today.

Isaac Amoah, 19, is seen as a player with prospects and a lot of potential by Real Valladolid. The club has therefore decided to involve him a lot in the youth team in the upcoming football season to allow him to continue his development.

Preview to the success story of defender Mohammed Salisu at the club, Isaac Amoah should be motivated to work hard to earn promotion to the senior team of the club very soon.

According to Real Valladolid, the teenager will this year be part of the squad under Javier Baraja who regularly counted on him at the subsidiary's training sessions last season, although he has not yet made his debut in Second B.