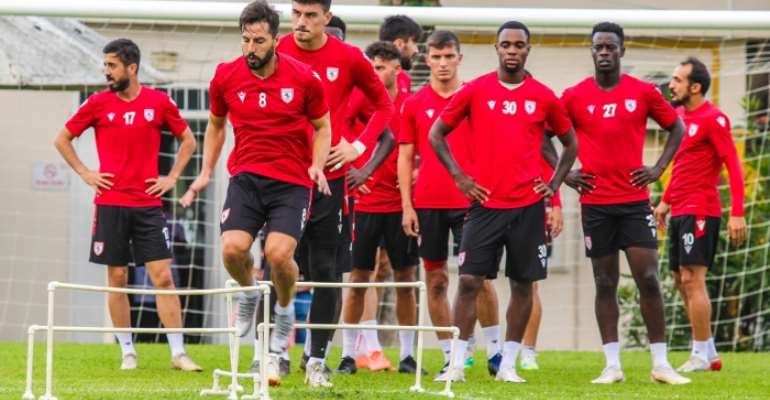 Edwin Gyasi in no. 27 jersey

The 29-year-old skilful winger joined the Turkish side as a free agent on a three-year deal after parting ways with CSKA Sofia this summer.

Gyasi has been hugely tipped to impress in the upcoming season after excelling in their preseason win against Giresunspor on Sunday.

He was named in their starting XI and was praised by the technical team after the game.

He was chased by numerous clubs this summer but ended up in Turkey due to the trust the club had in him.