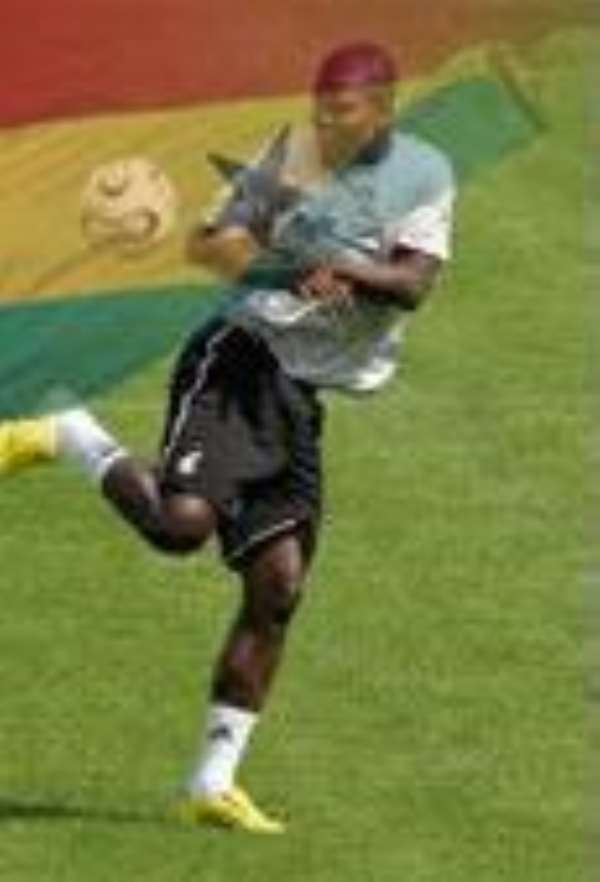 Ghana has improved by two places up her rank as the World's 23rd best team in the latest edition of FIFA/Coca-Cola World ranking released for this month.

Ghana's ascendancy is due to an impressive performance at the World Cup and the recent 2-0 win over Togo's Hawks in an international friendly last month.

The Black Stars were rewarded with an improved 23 steps up on the FIFA ranking log after the World Cup finals..

Ghana, the only African Nation to manage a second round qualification at the World Cup are now ranked 23rd from the 25th position held after the game against Togo..

More than 150 internationals - two-thirds of which were qualifiers for the final competitions of continental championships - have had a significant effect on the latest edition of the FIFA/Coca-Cola World Ranking..

No African side could secure a place in the top ten though Nigeria, Cameroon and the Ivory Coast are among the top 20 sides.

. Brazil still lead the pack with World champions, Italy dropping to 5th. France have leapfrogged to the second behind the Brazilians jumping two places up. Argentina are third with England taking the fourth..

On the African continent,Ghana has leaped two places on the ranking. Ghana are now Africa's fourth best side from the sixth position held during the last month..

Nigeria are still overlords of the African continent with Cameroon placing second. Ivory Coast, who also secured World Cup qualification are third with Guinea moving to the fifth spot..

A new method has been used to calculate this eagerly awaited first World Ranking since the 2006 FIFA World Cup which not only introduces major changes in points allocation and the assessment of the opposition's strength, but also makes such factors as the importance of the match and regional strength easier to understand. .

This new formula and the big points hauls gained from World Cup matches has led to a complete shake up in the ranking. Besides the effect of the World Cup matches, the change in the evaluation period has also led to a major shift. Now only the last four years (48 months) count, with each year weighted differently..