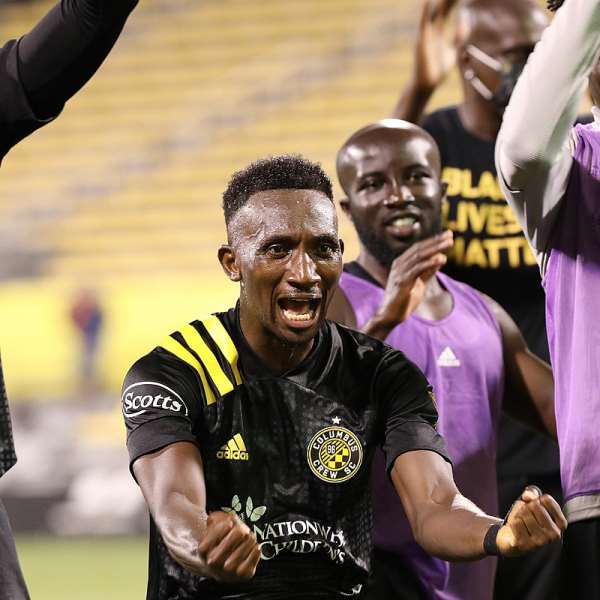 The explosive defender was part of a back four that also included his compatriot Jonathan Mensah yesterday when Crew played as a host to their Matchday 9 opponent at the Mapfre Stadium.

The experienced full-back stepped on the gas throughout the night and massively impressed with his defensive work as well as his contribution to the attack of his team.

At the end of the narrow win, Harrison Afful earned a high rating of 7.9 from top statistics providers SofaScore, the second-highest by any player on the pitch on the night.

This season, Harrison Afful has featured in all games for Columbus Crew but is yet to score or provide an assist.

His countryman and captain of his team, Jonathan Mensah also put up another impressive performance in defense that saw him receiving a rating of 7.5.

At the end of the 90 minutes, a jaw-dropping Lucas Zelarayan equalizer on the 55th minute handed Columbus Crew the vital win against Philadelphia Union.