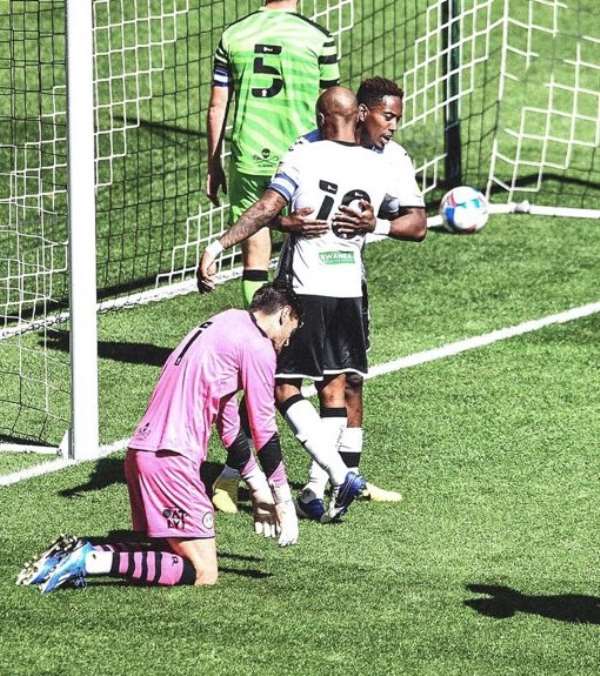 Attacker Andre Dede Ayew displayed a fine form for Swansea City on Tuesday afternoon when the team defeated Forest Green Rovers 2-1 at the Liberty Stadium in a pre-season friendly match.

Ahead of the start of the 2020/2021 football season for the Swans this weekend, the English Championship outfit played a final friendly game today.

Star-man Andre Ayew earned a starting role for his team as he wore the captain’s armband. Just as last season, the Ghana international looked sharp and was always a threat going forward.

He formed a formidable partnership with summer signing Jamal Lowe as the two caused all sorts of problems for Forest Green Rovers on the matchday.

At the end of the encounter, goals from Jamal Lowe and Yan Dhanda handed Swansea City a 2-1 win with Kane Wilson netting the consolation goal for the opponent.

The experienced Andre Ayew lasted 71 minutes of play before his place was taken by Joel Asoro.

He will be expected to play a key role for Swansea City in the upcoming English Championship season where they will be eyeing promotion to the Premier League at the end of the campaign.