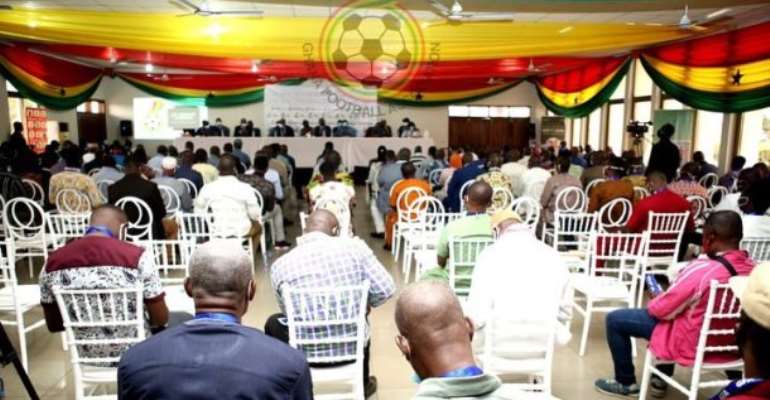 With the 26th Ordinary Congress currently underway at the Ghanaman Soccer of Excellence at Prampram, some notable names were absent.

Congress is the highest decision-making body in Ghana football and all members were expected to be present to contribute to the development of the game.

However, former vice president of the Ghana Football Association, George Afriyie was absent from Congress.

President of Tema Youth FC, Wilfred Osei Kweku Palmer who is challenging his 2019 GFA presidential disqualification at the Court of Arbitration for Sports [CAS] was also absent from Congress.

Other members who were absent from Congress are Abdul Salam Yakubu, Lawyer Ntow Fianko and Alhaji Yakubu Moro.