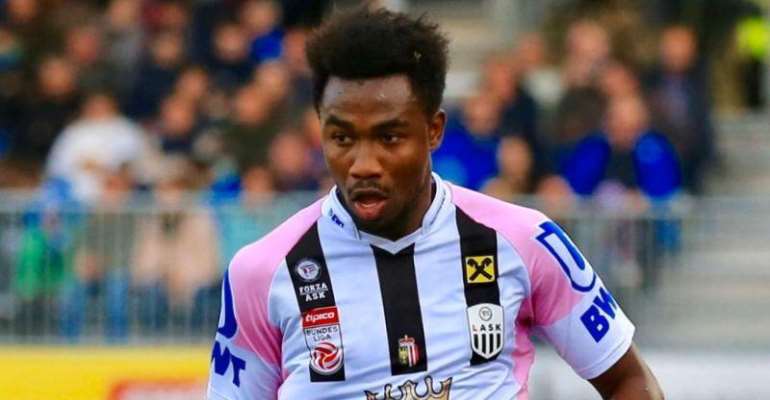 The Ghana forward joined teh MLS side on a season-long loan deal from Austrian side, RedBull Salzburg this summer.

"Well, it was not easy at first, making a decision to come to America but a discussion with the coach and head of sport of NYRB made things easier for me, I love their idea or the plan they have for the club and also I needed a new challenge to establish my name in a different league," Tetteh told Daily Graphic Sports.

"It would feel good to win the MLS because that's the target and that's the main reason why I came here, so I would be excited if we win it".

Tetteh also revealed that he has met the head coach of the club but he is still under mandatory quarantine.

"I have met with the coach and some staff for now but I am not allowed to train with the team because I have to be quarantined and train individually for 10days before joining the team in regular training.

"When I am unleashed, I hope to score and assist as many goals as I can for the club so that we can win some silverware this season".

Ghana gets 1.5m AstraZeneca vaccine doses from Germany
50 minutes ago