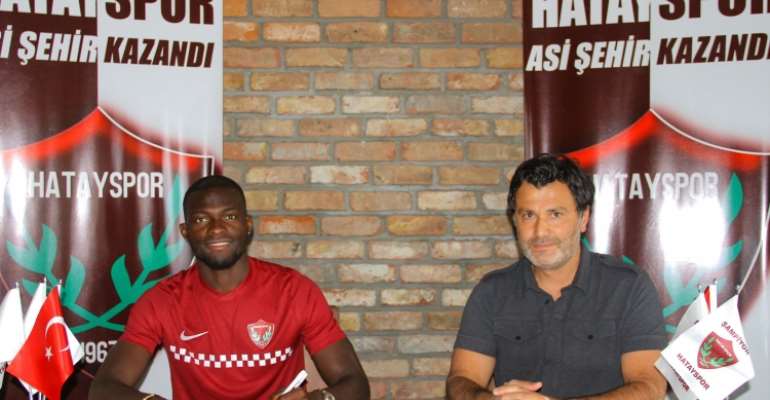 The club is bent on making a mark in the 2020/2021 football season and has decided to reinforce their squad in waiting for the challenge that lies ahead.

The 26-year-old has been signed from Alanyaspor o a 2-year contract and will be playing a key role for the side.

“Welcome to Atakaş Hatayspor Isaac Sackey. Our club added Isaac Sackey from Alanyaspor to its squad. A 2-year contract was signed with Isaac Sackey, a 26-year-old Ghanaian midfielder, who played for Denizlispor on loan last season”, an official club statement from Hatayspor FK has said this evening.

During the midfielder’s loan stint with Denizlispor last season, he earned applause after making as many as 26 appearances in the top-flight league.

Akufo-Addo's response to Aflao Chief was wrong; he must apol...
59 minutes ago