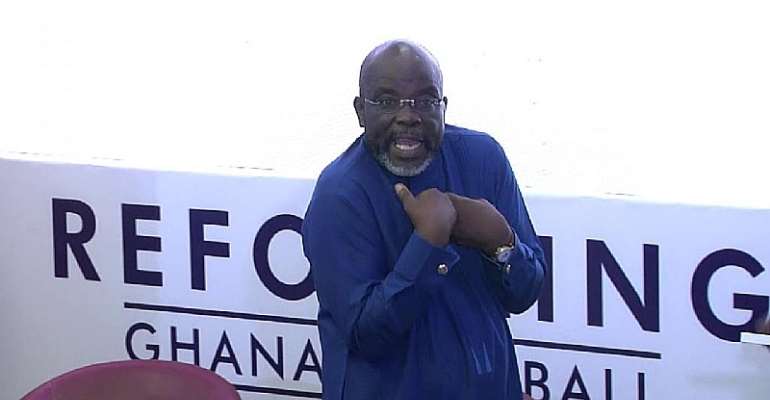 Wilfred Osei Kwaku Palmer has accused the Ghana Football Association [GFA] of trying to zip him up by appointing him to serve on ad-hoc committee.

The Executive Council two months ago appointed the Tema Youth FC boss to serve on an ad-hoc committee.

However, Wilfred Osei Kwaku rejected his appointment claiming the decision was based on advise from his camp.

Osei Kweku Palmer has dragged the Ghana Football Association [GFA] to the Court of Arbiration for Sports [CAS] seeking justice over his disqualification from the 2019 presidential race by the Normalization Committee last year October.

Gov’t in the process of buying bigger presidential jet – Eug...
10 minutes ago