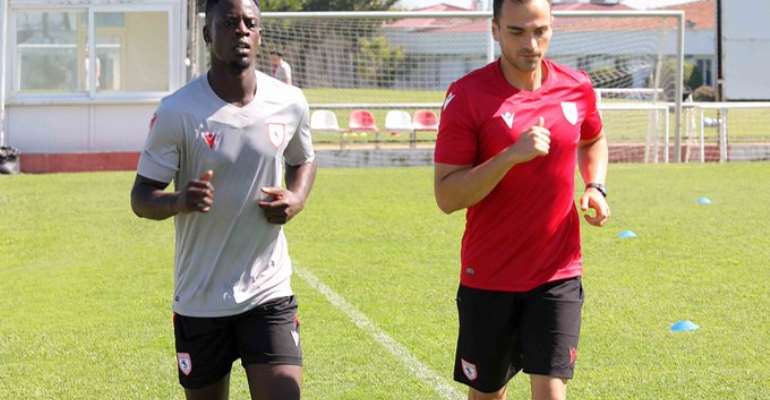 Ghana international, Edwin Gyasi has started training with his new side, Yılport Samsunspor.

The winger joined the Turkish lower side on Monday on a three-year deal after passing a medical test.

Gyasi, 29, joined the club as a free agent after parting ways with Bulgarian side, CSKA Sofia in the just-ended campaign.

The skilful winger was identified as a key player by teh hierarchy of the club as they embark on a new journey.

The club are determined to book a qualification next season to the Turkish top-flight and Gyasi is expected to play a key role ahead of the next season.

This is what Akufo-Addo and US Vice President Kamala Harris ...
48 minutes ago