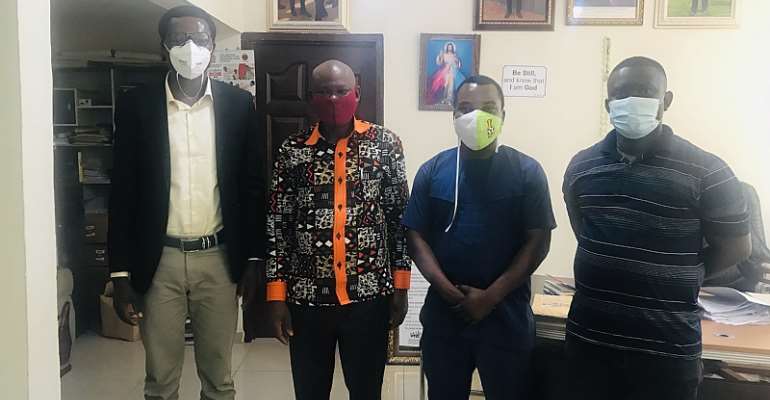 The request for office space was requested by the RFA chairman Daniel Agbogah together with other requests including games centers, providing security protection during match days, and support from the District Assembly.

” We want to appeal that your humble office provides our District FA’s with office Space, Game Centers, and security protection during match days”

The DCE of Akatsi South District, Mr Leo-Nelson Adzidogah gave his assurance and requested for a prototype design from the superintendents of the game in his district.

” I see no reason why I should turn down this request, ” Mr Adzidogah said.

”You have to give us the architecture, how the office would look like.

”I will engage them to furnish me with the prototype design,” he said.

The Ketu South MCE, Mr Elliot Edem Agbenorwu confirmed the importance of securing office space and tasked the team who called on him to document a request so as to fasten the process.

”Office is important, it's possible, it's doable, so let them write to us,” he said.

”I will engage my officers to look around if there is any immediate one here or around the municipality that we can allocate to your people” Mr. Agbenorwu added.

Securing an office space for all nine District FA’s would enable the District chairmen to carry out their core functions and developing football from the grassroots effectively.

Central Tongu FA, South Tongu FA and Ho Municipal FA are also on the verge of securing an office too.

Gov't hands over seized rosewood to Trustees of National Cat...
58 minutes ago