It Was Never My Dream To Play Football, Says Ex-Ghana Defender John Paintsil 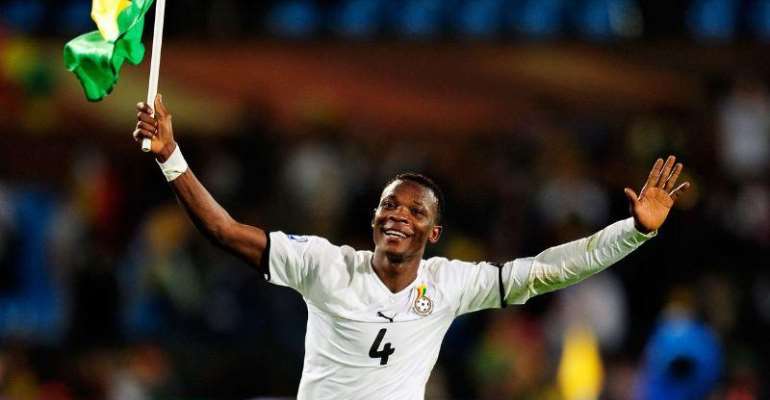 The lanky defender who started his football career at Berekum Arsenal speaking to Citi TV said he was hoping to follow his father's career path of becoming a police officer.

"I never dreamt of becoming a professional footballer," he said.

"I was hoping to follow my father's career path of becoming a police officer but there was a team at Berekum and I was sneaking from school to go and play.

"I was given the opportunity one day and I excelled and realized football will be a good choice for me."

"The formation of Berekum Arsenal club was built around me," he said.

"I remember one day after training they needed the team to be built around someone and I was chosen and that was when Berekum Arsenal team was formed," he added.

Paintsil was a member of the Ghana Under 21 team who were runner-up in the FIFA World Youth Championship in Argentina in 2001 and played for the senior team in the African Cup of Nations in Mali in 2002 and Egypt in 2006.

He was also a member of the Ghana 2004 Olympics football team who exited in the first round in Greece, having finished in third place in Group B.

Paintsil played in all the matches of Ghana's national team in the 2006 World Cup finals, where Ghana were beaten by Brazil in the second round.

Following the first and second goals in Ghana's 2–0 victory over the Czech Republic on 17 June 2006, he celebrated by waving an Israeli flag, he also waved as the final whistle blew.

He was a member of the Ghanaian 2010 World Cup team that reached the quarter-finals in South Africa before losing to Uruguay.

Paintsil played in all five games. On 13 June 2010, in a World Cup group-stage match against Serbia

He is now a member of the Legon Cities FC coaching staff.

'Get rich quick' attitude among the youth eroding moral fabr...
43 minutes ago